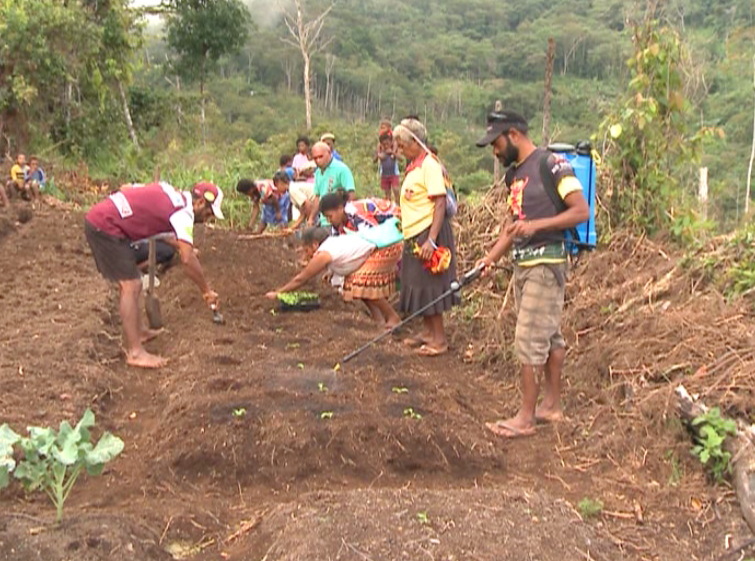 As ironic as it may be, there are villages just a half an hour helicopter ride from Port Moresby, that lack basic services and infrastructure such as electricity, running water and roads.

This story is about a community in the Kairuku-Hiri district, who despite their isolation, have teamed up with privately-owned company, Airborne Logistics and the Kokoda Development Project, to economically empower villagers in the area.

Daoi is a village in the mountains of the Kairuku-Hiri district, just a few kilometres from the nation’s capital, Port Moresby.

Inaccessible by roads, and missing an airstrip, the only mode of transport to the villages is by helicopter, which could cost up to K300, a luxury most of these villagers cannot afford.

Travelling on a chopper to the villages, one can begin seeing the vast change in scenery minutes into flight; from the dry and dusty hilltops, to the calming green rainforests and cool, temperate air.

What seems like a ray of sunlight to their meagre living, the villagers have partnered with privately owned helicopter company, Airborne Logistics; and the Kokoda Track Development and Livelihoods Association.

The company flies to the isolated villagers, buys fresh produce from farmers and transports them to Port Moresby. They are then sold to consumers, which include major companies like City Pharmacy Limited for their chain supermarkets, Stop ‘n’ Shop.