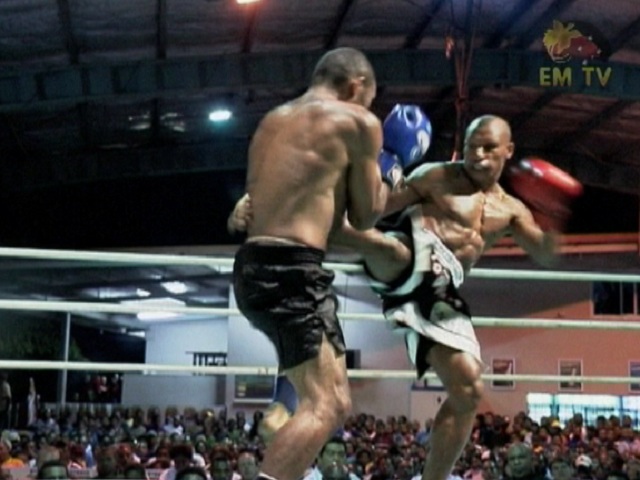 PNG’s new blockbuster movie The B-team PNG movie is scheduled to shoot in October 2012 according to the Executive Producer of the Gorilla Pictures of Hollywood Mr. Bill J. Gottlieb. Bill said his team is looking forward to do the new film in PNG.

Co-producer of the B-team movie Stanley Nandex said due to the election and the new government  the project was bit delayed and said October  would be perfect time for the shooting to eventuate. He said Gorilla Pictures has already allocated US$3.M which mostly will spend on the post-production, hiring of actors, promotion and marketing of the film and etc. while other PGK3.5M must be raised in PNG that will be spend on the logistic work during the 40 days shooting in PNG.

Chairman of the B-Team PNG Mr. Robert   Kopaul said the government has already made a commitment of PGK3.5M and we are looking forward to welcome the new government to produce this new movie which potentially will impact economically, socially and culturally. He said this project will complement with the new government’s vision to kick-start with its international involvement and achievement in producing such high profile film and promoting PNG on the world map. Meantime the B-Team PNG is sending its Agent Mr. Dinesh this week Thursday to Los Angeles to meet up with the producer and the director to finalize the movie before the shooting in October 2012.

Dinesh will be touring bit of the Hollywood studio in LA and will collect the final script of the B-Team PNG movie before retuning back to PNG. Producer of the B-Team Movie Bill also confirmed that the B-Team PNG was invited by the Cannes Film Festival in Germany last month and again for the American Film Festival in October 2012 in Los Angeles. He said lot of distributors around the world have shown huge interest on the B-Team PNG Movie and is expected to be a profitable movie for both PNG and Gorilla Pictures.

Nandex said the B-team will require more than 120 extras and 30 people were already recruited on qualifications. For information get us on our website www.thebteampng.com.pg or email us on thebteampng@gmail.com