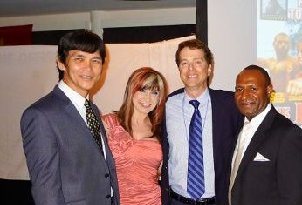 With commitments made,the project has not received anything. Co- Producer and main cast ofthe Bersquo;Team Movie Project; Stanley Nandex is worrlied thatthe movie might be cancelled.

He said this is a very important project thatthe government have invest in terms of tourism and employment; and also provides opportunity for Papua New Guineas to take part in a Hollywood movie.

“This is good for the country,the question is; whythe government cannot really look at this,” said Nadex.

Nandex said Gorilla Pictures Hollywood has given this time till next month for an assurance.

He’s inviting potential private entities, companies and investors who are keen to invest to contact his office.