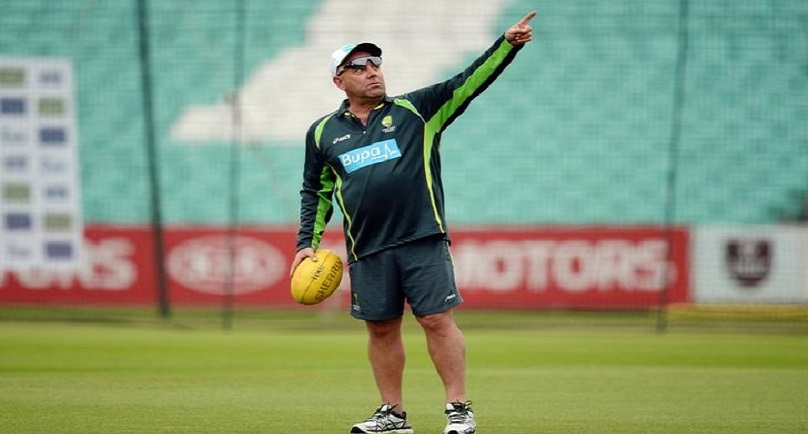 MELBOURNE (Reuters) – Australia’s head cricket coach Darren Lehmann hopes the test team can avenge the Wallabies’ Rugby World Cup final defeat by the All Blacks with a victory in the series opener in Brisbane starting this week.

Like many of his compatriots, Lehmann was a bit bleary-eyed on Sunday after staying up late to watch the World Cup final on TV, an ultimately disappointing 34-17 loss to the world champions at Twickenham.

“(I) wouldn’t mind a bit more sleep because I stayed up and watched it,” Lehmann, who helped guide Australia to victory over New Zealand in the cricket World Cup final in March, told reporters in Brisbane.

“Obviously it’s a different sport, we’re very proud of the Wallabies with the way they went about it. It was closer than probably a lot of people thought.

“From our point of view we’d like to get one back on New Zealand and start the series well and (extend) that record another year.”

Australia are unbeaten at the Gabba for the past 27 years and invariably kick off their home summer at the ground with a resounding win to put touring teams instantly on the back foot.

New Zealand, however, will have high hopes of upsetting Steven Smith’s rebuilding side after the retirements of opening batsman Chris Rogers, former skipper Michael Clarke and all-rounder Shane Watson.

Australia’s batting was lamentable for large parts of the 3-2 Ashes defeat in England and may be vulnerable against the pace and swing of New Zealand’s quality attack led by Trent Boult and Tim Southee.

Two-test opener Joe Burns and Queensland captain Usman Khawaja, playing his first test in over two years, have been drafted in to the top order and are likely to be keenly targeted.

Lehmann said he expected the pair to make runs from the get-go.

“We want them to perform because you want to win test matches,” he said.

“Everyone’s got to make runs. (The) top six, if you look at our last series, we didn’t perform as we liked with the bat. We’d like all our batters to make runs and help our bowlers, allow them time to get 20 wickets.”