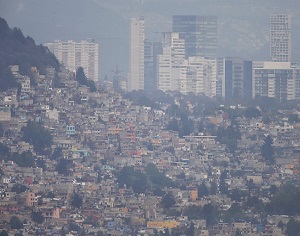 Reuters Health – Exposure to air pollution for just a month or two may still be enough to increase the risk of developing diabetes, especially for obese people, a recent U.S. study suggests.

Researchers studied more than 1,000 Mexican-Americans living in southern California and found short-term exposure to contaminated air was linked to an increased risk of high cholesterol and impaired processing of blood sugar – risk factors for diabetes.

Scientists aren’t exactly sure how air pollution might lead to diabetes.

It’s possible that air pollution causes inflammation in the body, which triggers a chain reaction that makes it harder for people to process blood sugar, said senior study author Dr. Frank Gilliland, director of the Southern California Environmental Health Sciences Center and researcher at the Keck School of Medicine at the University of Southern California in Los Angeles.

Some previous research has linked air pollution from traffic and other sources to an increased risk of type 2, or adult-onset, diabetes, which happens when the body can’t properly use or make enough of the hormone insulin to convert blood sugar into energy. But few tests have been done in humans, the researchers note in the journal Diabetes Care.

For the current study, Gilliland and colleagues examined concentrations of ozone, an unstable form of oxygen produced when various types of traffic and industrial pollution react with sunlight; nitrogen dioxide, a byproduct of fossil fuel combustion that can contribute to smog; and so-called PM 2.5, a mixture of solid particles and liquid droplets smaller than 2.5 micrometers in diameter that can include dust, dirt, soot and smoke.

All of these pollutants have been found to damage lungs and some PM 2.5 particles are small enough to enter the bloodstream, where they have been linked to increased risk of heart disease and stroke.

All of the participants in the current study completed questionnaires on their dietary and exercise habits, and they also had lab tests to measure levels of cholesterol and sugars in their blood.

The researchers also looked at what’s known as insulin resistance, the body’s failure to respond to the hormone, which is a hallmark of diabetes. Participants were around 35 years old on average and typically overweight or obese. Many of them lived in low-income neighborhoods and lacked any education beyond high school.

In addition, they all either had diabetes during pregnancy or were related to a woman who did.
Even with this diabetes family history, people exposed to higher levels of overall air pollution had greater levels of insulin resistance, more sugars in their blood and higher cholesterol.

Weight and body fat percentage explained a significant portion of the connection.

Researchers did not find a connection between levels of traffic-related nitrogen dioxide from freeways and risk factors for diabetes. However, PM 2.5 exposure was significantly associated with diabetes risk factors, with an effect equivalent to that of obesity, the authors note.

Among the study’s limitations is that researchers lacked data on how long people lived at their current address, which made it impossible to assess lifetime exposure to air pollution.

Even so, the findings suggest people who live in cities and other areas with poor air quality should take precautions, said Michael Jerrett, director of the Center for Occupational and Environmental Health at the University of California, Los Angeles.

Among other things, people could try to limit outdoor exercise during peak commute hours to lower exposure to traffic fumes and try not to run or ride a bike along a major highway, said Jerrett, who wasn’t involved in the study.

Indoors, people should use what’s known as a high-efficiency particulate air (HEPA) filter on furnaces or air conditioning units, or buy stand-alone units for bedrooms, Jerrett said. These mechanical filters force air through a fine mesh that can’trap harmful pollutants, but there’s a limit to how much individuals can do, he said.

“Air pollution is an involuntary risk factor,” Jerrett said. “We all breathe the air, and this should create a stronger incentive for government to take action to reduce emissions that lead to air pollution.”