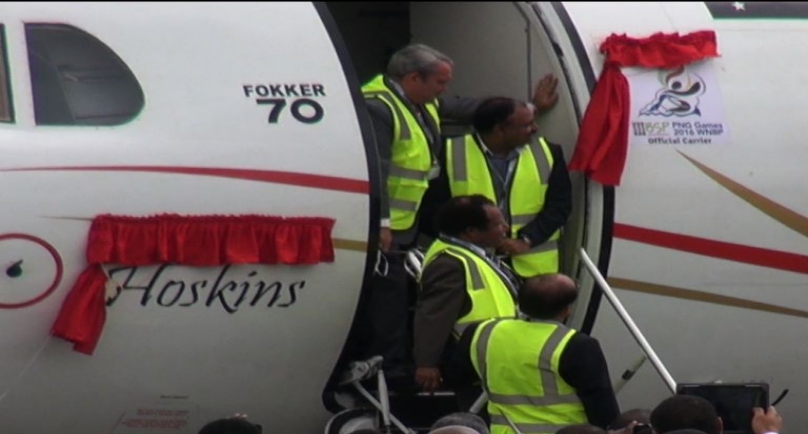 Chairman of Air Niugini Limited, Sir Frederick Reiher, was ecstatic to announce the carrier’s involvement with the national sporting event, which will be hitting the shores of West New Britain province in seven months time.

“I am proud of our contribution to national development, and to regional development as the national flag carrier. I am also very proud of the strong Air Niugini community support program. That includes our role as the official carrier for the seventh PNG Games to be held [in West New Britain province],” Sir Frederick said.

With the mammoth task of transporting over 7,000 athletes in and out of Kimbe, Governor of the host province, Sasindran Muthuvel, was appreciative of the gesture, as it will contribute to the success of the event.

“We will be expecting at least 10,000 visitors, particularly athletes coming to WNB from all over the country, this is not a provincial event. It is a national event, and I thank Air Niugini for announcing [itself] as the official carrier,” Muthuvel said.

Meanwhile, Minister for Sport and National Events, Justin Tkatchenko, acknowledged the challenges faced by West New Britain, but has assured the government’s support in ensuring the facilities currently under construction will leave a lasting legacy, not just for the province, but for the athletes and the PNG Games and sport in Papua New Guinea.

Tkatchenko said “It’s quite a logistic exercise and Governor knows this more than me, especially when all the facilities have to be built, but will leave a lasting legacy following this PNG Games.”