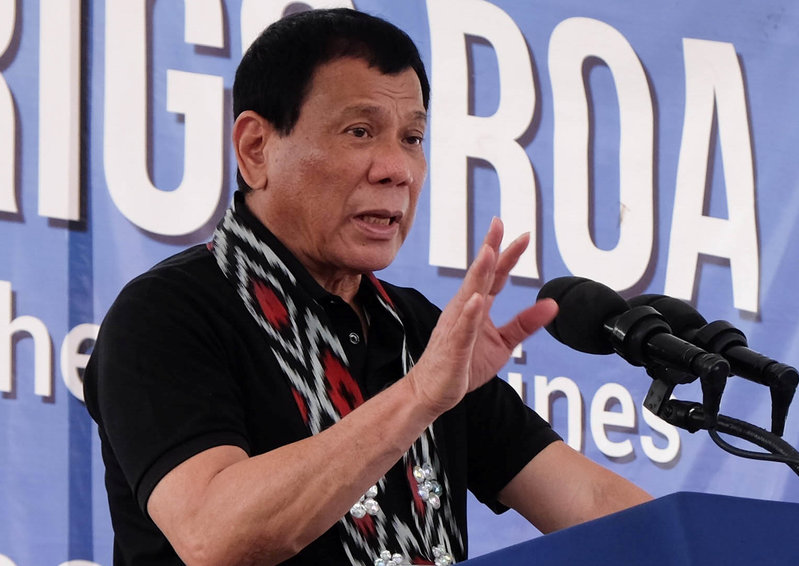 MANILA (Reuters) – Philippine President Rodrigo Duterte said on Saturday that peace negotiations with Maoist-led rebels would be scrapped, five months after both sides resumed talks to end nearly five decades of conflict that has killed more than 40,000 people.

Duterte called off a unilateral ceasefire on Friday, two days after the New People’s Army (NPA) did the same. He was incensed by the killings and abduction of government troops since the NPA lifted the ceasefire.

The tough-talking Duterte said the communist leaders who his government had freed temporarily to take part in peace negotiations overseas would go back to jail.

“I will request tomorrow the Philippine contingent to fold their tents and come home,” Duterte told reporters.

However, he suggested the door was not closed completely.

They would stop “unless there’s a compelling reason … that will benefit the interest of the nation”, he said.

Negotiators from both sides met in Rome to come up with a negotiated truce but failed when the rebels demanded the release of 400 more political prisoners, including a man who killed an American army colonel in 1989.

They will return to The Netherlands in three weeks to resume talks on political, social and economic reforms, including terms of a bilateral truce.

The New People’s Army ended its unilateral truce, accusing the military of violating its own ceasefire by occupying restricted areas. The ceasefires were fragile due to a lack of agreed rules.

The military, the NPA and government negotiators were hoping peace talks could resume, but Duterte’s latest comments suggest he has lost patience with a process he had made a top priority.

Duterte on Friday ordered the army to hunt down the guerrillas and accused the communists of negotiating in bad faith. He accused them of continuing to recruit fighters, attack businesses and extort money from owners of plantations, mines, and transport companies.

Organised in 1969 as a ragtag army, the NPA has been waging protracted warfare to overthrow democratically-elected governments.