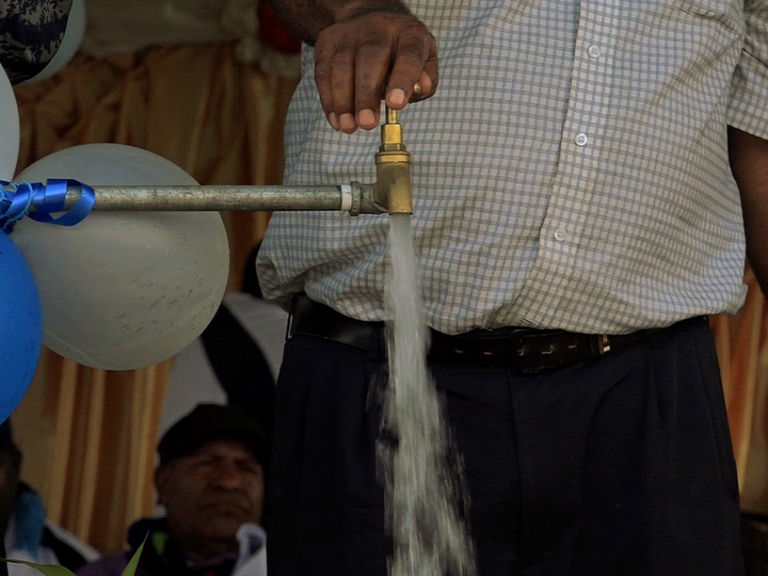 For 20 years the people of Kainantu District, in Eastern Highlands Province, finally have access to clean drinking water.

Previously, access to water was available and set up during the colonial era, but over the long years the pipes had deteriorated and water was not able to reach all of Kainantu.

Before, water supply in Kainantu had various problems such as deteriorating infrastructure, less coverage area, theft of vital water supply pipes and outstanding landowner payments. Chief Operational Officer for Water PNG called on the people of Kainantu to take care of the service provided.

He explained to the people of Kainantu that Water PNG was mandated by the government to provide the essential service.

Provincial Administrator, Samson Akunai, said that Kainantu had been neglected over the 40 years and the provincial government will be funding, and supporting the district.

Rhoda Tosa is the ward one councillor in the Kainantu urban LLG, she explained that when there was no water easily accessible, women would dig water holes to fetch water.

While ward 4 councillor, Chriscilla Abiko, said the hospital would most improve from the water supply. Abide said water borne diseases were one of the biggest killers in Kainantu.

With the official ribbon cutting, the taps were open.

Kelly Samof, Winner of the ANU-UPNG Scholarship in Economics is Optimistic

Nominations in the Autonomous Region of Bougainville Open Today