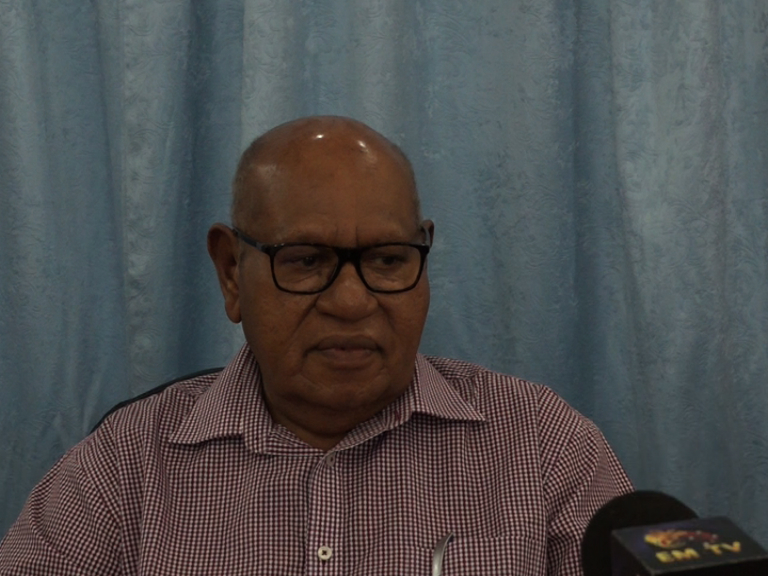 The Autonomous Bougainville Government has clarified why the District Development Authority is illegal in the autonomous region.

President, Chief John Momis, says that the autonomous arrangements between the National and the Autonomous Bougainville Government have been misunderstood.

President Momis says that in Bougainville’s case, the District Development Authority is illegal, because of the autonomous arrangements. Bougainville is not a province, but an autonomous region, and if the DDA is applied, it is deemed illegal as Bougainville has its own community government law.

“DDA is a form of de-concentration of administrative powers which is okay. But in Bougainville, we are talking about decentralization of power, to make your own decisions,” Momis says.

Momis further explained that under the colonial regime, the districts were set, and manned by commissioners as agents of the national government. All they enjoyed, he describes, was some form of de-concentration of administrative powers, without ultimate power to make decisions on matters.

“According to principles of subsidiarity, the people of Bougainville, in respect of the powers given to them and the right to make decisions, which do not have to be the same as the national government.”

Earlier this month, during the region’s Parliament sitting, South Bougainville MP Timothy Masiu and Lae MP, Loujaya Kouza raised matters on the application of DDAs in the Autonomous Region of Bougainville.

“Mr Speaker, I think it’s only fair that the three electorates in Bougainville, are also given their funding that they require to bring services to districts,”

“It is unfair, to say that they will entirely depend on the Autonomous Bougainville Government, to provide these services to their communities,”

Under the DDA Act on Application, the Autonomous Region of Bougainville and the National Capital District, are not counted.

Charles Abel: ‘I remain committed to the PNC led coalition’