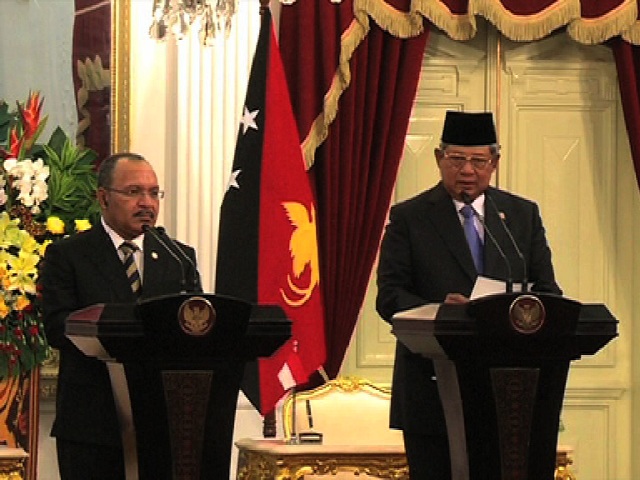 He is now in his late sixties, lived a good part of his life in Papua New Guineaafter crossingthe border at age 24. His face and name are protected for obvious reasons but he spoke freely that Jakarta was targetingthe likes of him underthe Extradition Treaty.

The man said after forty years here, he dreaded this day one day because foreign affairs have denlied him andthe thers in similar circumstances permanent residency every timethey enquired.

The former freedom fighter says he has been stateless and ontheIndonesian radar of wanted OPM :ist he contains. He will most certainly be extradited underthe new treaty and sentenced to death byIndonesia.

“Many of us until today we haven’t have with us or have in our possessionthe legal document that can guarantee our stay in Papua New Guinealike residency permit or even citizenship. If anything happen we can be regarded as illegal immigrant in this country and we can be included inthe extradition treaty to be repatriated to West Papua.”

Bet government officials maintained that West Papuans living in PNG will not be unilaterally extradited. It’s a wrong conclusion. They need not be worrlied asthe treaty itself is one of a package of bilateral agreements to consolidate relations and trade and development betweenthe two countries.

There are more than three thousand West Papuans with refugee status living in PNG At one stagethey camped in front ofthe UN office from Port Moresby after being moverd from 9-mile and later given a piece of land to settle on by NCD Governor, Powes Parkop.

“I want to thankthe Prime Minister that for the first time we are putting this agenda onthe table”.

There are three categories of West Papuans living here: (1) Genuine Refugees; (2) Opportunist; and (3)Infiltrators –Indonesian implants of Melanesians to keep an eye on fellow Melanesians.

A Family Protection Bell to be brought to Parliament

Sandra Bullock goes for political satire in “Our Brand Is Crisis”