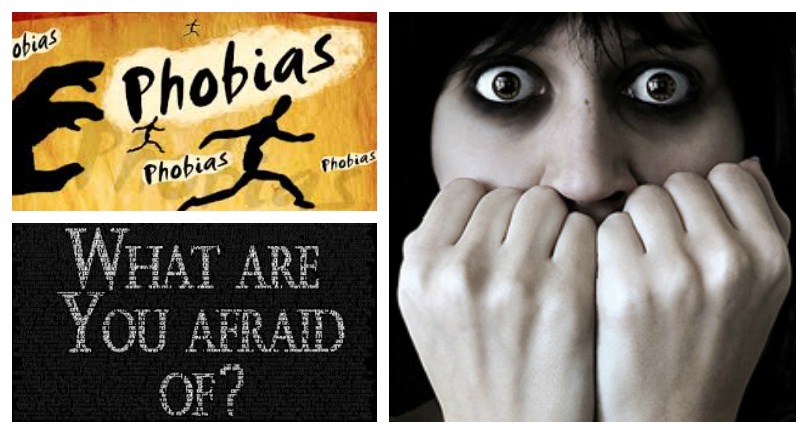 A phobia is an intense and irrational fear of a specific situation, person, object, or activity.

While we are familiar with the most common phobias such as acrophobia (fear of heights) and claustrophobia (fear of small, tight spaces), some phobias are less common and just strange to an extent.

Here are 10 of the strangest phobias you will ever come across.

These people are so terrified, they simply do not pick up phone calls, or they exclusively employ the use of an answering machine.

As a result, information does not get delivered as effectively as it should if a person had actually answered and conversed with the other.

This is somewhat of a common fear that everyone has, come to think about it.

We’ve become so addicted to always staying connected to our connections, that the second we lose a mobile phone, we make sure to purchase a new one ASAP.

Perhaps related to the fact that humans are social beings, and the loss of communication would send a person spiralling out of control.

8. Phobophobia – (Fear of having a phobia)

The fear of having a fear; definitely a self-inflicted psychological issue.

This is practically getting scared of yourself. The sufferer has worked himself up into fearing fear itself. People who suffer from this fear are actually aware that flowers pose zero threat to them. But for some reason, they go into a state of anxiety just at the mere sight of them.

The male folk worldwide would probably wish all women had this phobia.

It would after-all save a whole heap of money that could be spent on better things other than flowers.

6. Hexakosioihexekkontahexapho – (Fear of the number 666)

Okay, so we all know where the numerical combination of 6-6-6 comes from.

It isn’t just bad luck and negativity that emanates from the number 666 (and the number 13). Originating from the book of revelations, the number is associated with the devil. It is supposedly the number of the beast who would become the anti-christ.

You’d think this fear would only be applicable to vampires. Apparently not.

Perhaps, skin care warnings of cancer sunk in a little too deep, who knows. Maybe they just prefer operating at night when everything is more peaceful.

Sufferers of this phobia go to the extent of placing up heavy dark curtains in an attempt to keep the room completely dark.

Chorophobia can actually be very common, especially among men folk. Guys hate being forced to dance where everyone can see how uncoordinated they could be.

Being reluctant to dance, however is different. People who actually suffer from this fear experience anxiety and nausea just at the thought of dancing

Talk about a “dirty situation”…

Ablutophobia involves the fear of bathing because the person does not want to be cleaned. This should not be confused or mixed up with hydrophobia, which is the fear of water.

Just like any other phobia, there is a catalyst from a particular life event that sparks this fear.

Sufferers would experience dizziness, dry mouth, palpitations, sweaty palms, nausea, and even shaking whenever the subject of bathing is brought up.

2. Spectrophobia – (fear of Mirrors or One’s Own Reflection)

Completely opposite to that of a narcissistic being, a spectrophobic person would avoid all things reflective.

This is probably in relation to a past event that has left physical and psychological scars of imperfections on the person.

This is by far the weirdest of them all. It is hard to imagine anyone not wanting to experience sex. It is probably at the top of the human experience, the one event that can trigger images of “heaven” and “paradise”.

Nevertheless, there are still people who actually fear engaging in intimacy and sexual relations; much more sexual intercourse.

This is unfortunate though, as most if not all sufferers of this phobia have experienced a traumatic event in their life, leaving them scarred.

Victims of molestation are the most common of sufferers. They link sexual relations to negative emotions.

For these people, the only way out of such a phobia is building trust and faith in people.