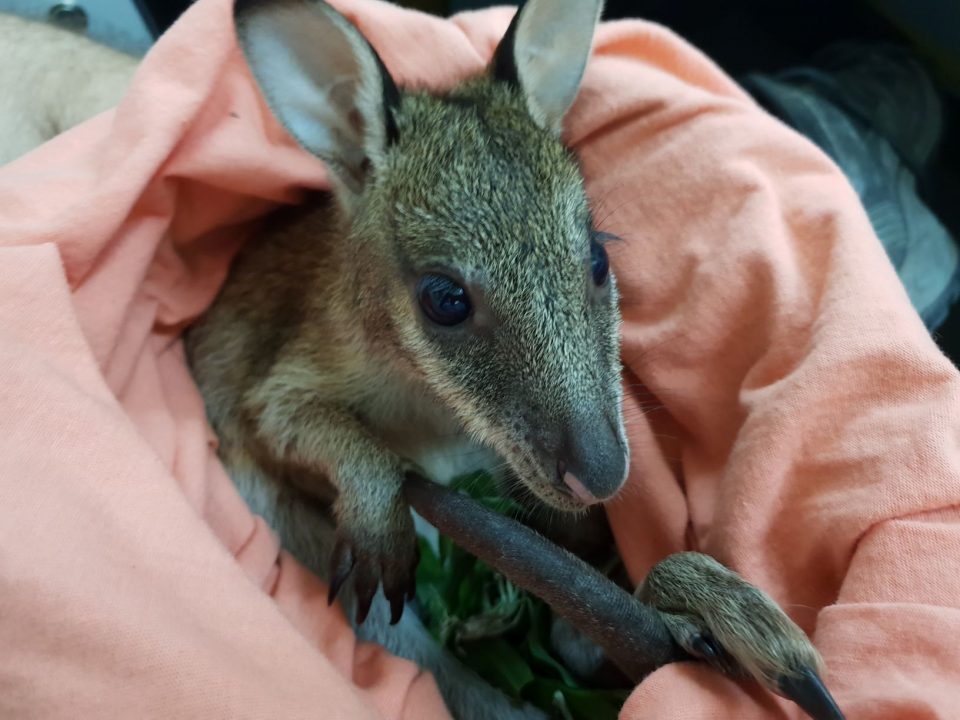 ‘Zoey’ an Agile Wallaby joey was surrendered to the Nature Park by a caring family that had come into her possession after some of their friends visited from Vanapa (Central Province) and gifted them the joey.

When the family saw the joey and that it was not eating, they contacted the Nature Park and asked if the Park could take care of the wallaby. In the wild Zoey would still be with her mother and dependent on her for milk, warmth in the pouch and protection from predators.

Fortunately for Zoey, the Nature Park is very experienced in the care and hand-raising of wallabies, with the Park’s Curator, Brett Smith considered a specialist in marsupials (animals with pouches) having hand-raised hundreds of joeys from various different species over the last 30 years.

To date, wallabies are still hunted for bushmeat, and often little joeys are found inside the females pouches. For some pouch young, like Zoey, they are the lucky ones who are surrendered to the Nature Park for care and will one day join the mob of Agile wallabies at the Park.

The Nature Park advocates that people who live in cities and towns who have access to supermarkets and farmed meat should not eat bush meat including wallaby.

Wallaby numbers have significantly declined in Port Moresby and surrounding Central province due to overhunting and as such it is up to each of us to commit to not eating bush meat.

Police Call for Support to Address Gender Based Violence