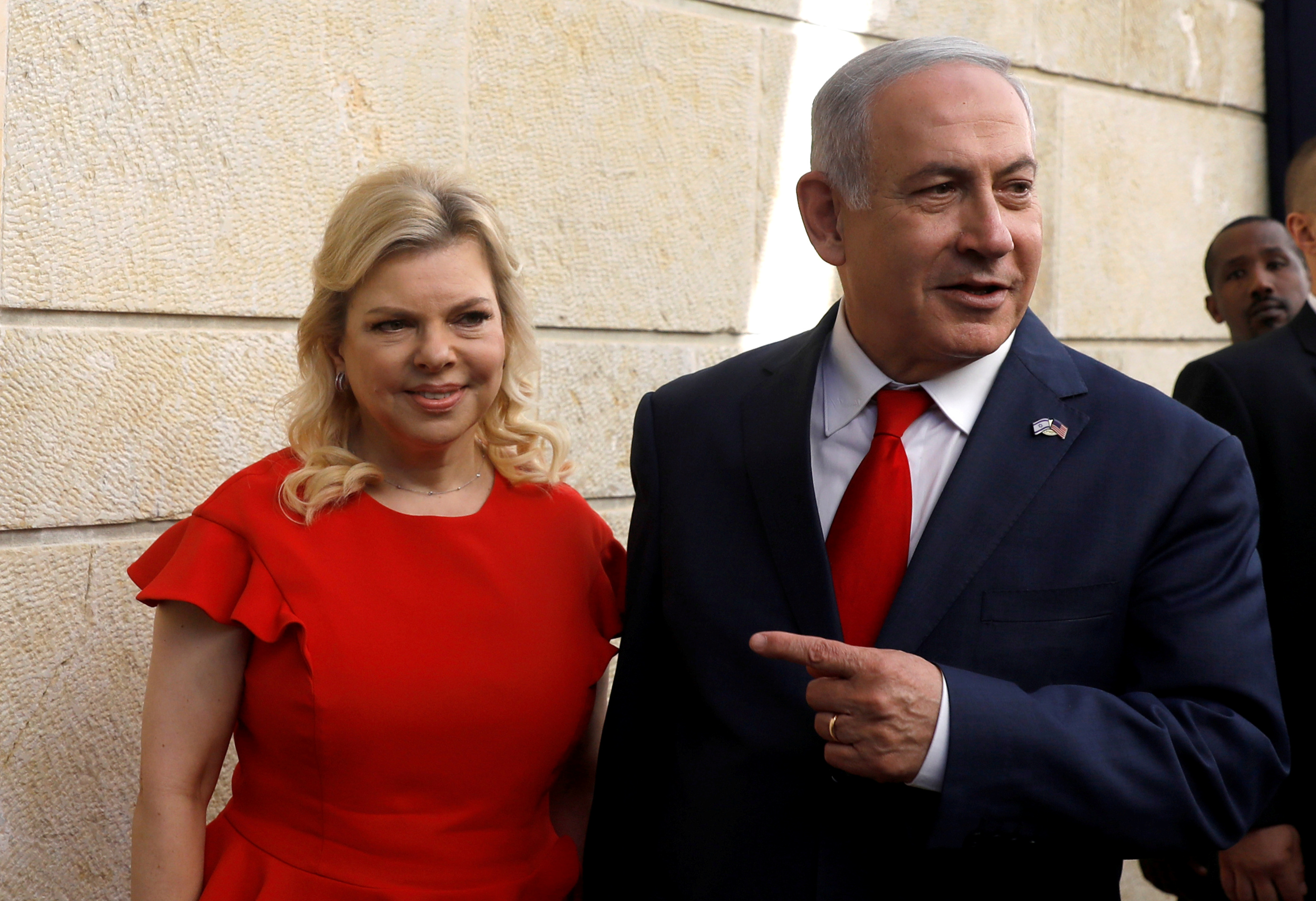 JERUSALEM (Reuters) – Israeli Prime Minister Benjamin Netanyahu’s wife, Sara, appeared in court on Sunday for the first hearing in the fraud trial against her, in which she is alleged to have misused state funds in ordering catered meals.

According to the indictment, Sara Netanyahu, along with a government employee, fraudulently obtained from the state more than $100,000 for hundreds of meals supplied by restaurants, bypassing regulations that prohibit the practice if a cook is employed at home.

She was charged in June with fraud and breach of trust and of aggravated fraudulent receipt of goods. If convicted, Sara Netanyahu could face up to five years in prison.

Looking tense, Netanyahu made no comment to reporters who had packed the tiny courtroom. She sat on a bench behind her lawyers.

“Can we ask them to move the cameras away?”, she asked the lawyer for the other defendant, who replied: “You’re used to it.”

“Not like this,” Netanyahu answered. She shook her head as the prosecutor described the gravity of her case.

The session, however, dealt mainly with procedural matters. The judge set a meeting with the prosecutors and the defendants’ lawyers for Nov. 13 in which he said he hoped all sides could narrow their differences “or even resolve the case”.

But a settlement at this stage appears remote because the prosecutors would likely demand Netanyahu plead guilty, something her lawyer has ruled out. She was not asked at the hearing to enter a plea.

Netanyahu’s lawyers contend the indictment does not hold up because the regulations for ordering meals were legally invalid and a household employee had requisitioned the food despite Netanyahu’s protestations.

The prime minister, who himself is embroiled in corruption investigations, has called the allegations against his wife absurd and unfounded.

Sara Netanyahu, 59, has inspired a multitude of headlines in the past over what family spokesmen call an undeserved reputation for imperiousness.

In 2017 the Netanyahu’s won a libel suit against an Israeli journalist who said Sara once kicked her husband out of their car during an argument. In 2016, a Jerusalem labor court ruled that she had insulted and raged at household staff in the prime minister’s official residence.

So far, Sara’s present legal woes have not politically damaged her husband, now in his fourth term as Israel’s leader and riding high in opinion polls despite the allegations against him.

Accusations he has made against the Israeli media of orchestrating a politically motivated witch-hunt against him and his wife appear to have struck a chord with his right-wing voter base, which has rallied in support of the 68-year-old leader.