The APEC meeting in 2018 in Port Moresby will be a major boost for Papua New Guinea, David Toua, President of the Business Council of PNG (BCPNG), tells Business Advantage PNG. Analysts say in the past benefits have been shown to outweigh the costs.

‘There are two great opportunities to be realised from hosting APEC,’ says David Toua, President of the Business Council of PNG. ‘The first is to invite people to our country, and showcase its enormous potential as an investment destination.

‘The second is to bring our people closer to the global market beyond our borders.’ 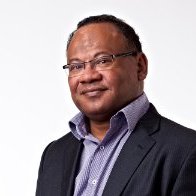 Toua says the e-commerce SME summit hosted in Port Moresby in April, 2016, provided ‘a glimpse of the entrepreneurial and technological opportunities that our people and our businesses can access.’

Is it worth it?

The experience of other countries that have hosted the event suggests benefits outweigh the costs, according to Francis Hualupmomi, a Political Scientist at New Zealand’s Victoria University in Wellington.

‘For instance, the Philippines, as a host of two APEC meetings (1995 and 2015), is currently experiencing a growth rate of 8 per cent, partially as a result of heavy investment in between those years.’

Hualupmomi points to increased investment from tourists and business, which results in job creation; restored credibility of the state as a host of future high-level meetings; the boosting of PNG’s socio-economic infrastructure, and enhanced defence capability and capacity.

In the long-term, he says, the meeting will ‘deepen PNG’s trade and investments in the region.’

‘The construction of the purpose-built APEC Haus convention centre is expected to be completed by August.’

The national government has allocated K800 million for the event and preparations are ‘on track’, according to PNG’s APEC Ambassador, Ivan Pomaleu.

He says the Committee on APEC Policy Issues has focused on four areas: enhancing regional economic integration; achieving sustainable and inclusive growth; moving towards structural reforms and enhancing human capital development. A calendar of events will be ready in mid-2017. 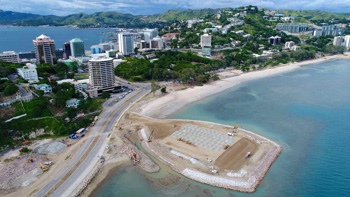 The construction of the purpose-built APEC Haus convention centre is expected to be completed by August, 2017. LNG producer Oil Search is carrying out the work, which is funded through a tax credit scheme.

APEC Haus is being built on reclaimed land near Ela Beach in Port Moresby’s central business district. APEC Minister Justin Tkatchenko claims the unique design of the facility, which resembles a Lakatoi Sail, will rival other iconic world sites.

‘It will be just like what the Sydney Opera House is to Australia,’ he says.

A K85 million development at the new Paga Hill Estate, which is adjacent to APEC Haus, will play a key role in accommodating APEC participants. It consists of a six-star hotel, 68 serviced apartments, commercial buildings, restaurants, a cultural centre, a marina and an international cruise line terminal.

‘Guests will be accommodated in new and existing hotels, and three cruise liners.’

According to Chris Hawkins, Chief Executive of the APEC Authority, guests will be accommodated in new and existing hotels, and three cruise liners.

‘There are sufficient rooms for leaders to have the rooms they require,’ he says. 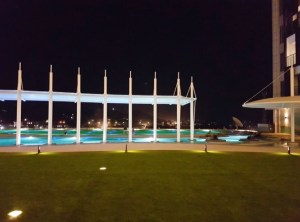 The pool at the Hotel Stanley

Another new hotel is the 212-room Hilton, which will be ready by late 2017. A K550 million upgrade of Jackson’s national and international airport is due for completion by August, 2018.

The Paga Hill ring road connects all precincts on Paga Hill and the waterfront, as well as linking the city centre, the Port and Ela Beach.

‘It will generate many opportunities for the tourism industry.’

The 2018 APEC event and the meetings will generate many opportunities for the tourism industry: not just the nation’s capital, but also the provinces of East New Britain, Morobe, Madang, Eastern Highlands, Milne Bay and New Ireland. All have been selected to host APEC meetings.

It offers visitors the chance to experience different parts of the country.

1964 Formula One champion Surtees dead at 83