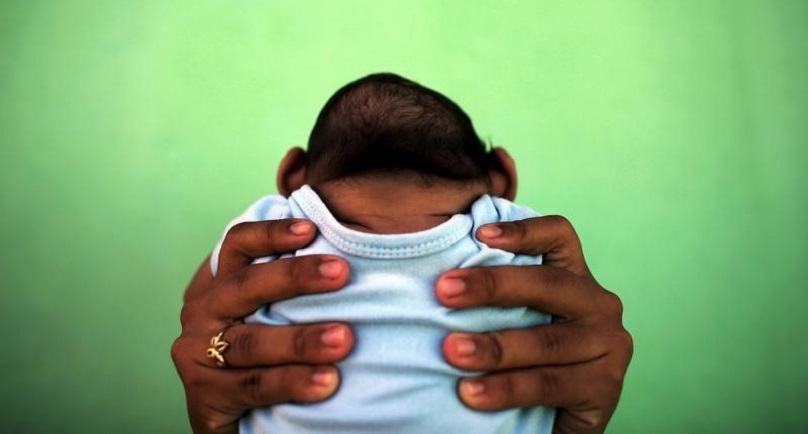 Image: Jackeline, 26, holds her son who is 4-months old and born with microcephaly, in front of their house in Olinda, near Recife, Brazil, February 11, 2016. REUTERS/Nacho Doce

GENEVA (Reuters) – The World Health Organization, prompted by “accumulating evidence” of a link between the Zika virus and two neurological disorders, on Friday called a meeting of experts to work out what new advice they could give to travelers and women.

The WHO’s Emergency Committee will meet next Tuesday to review “evolving information” on microcephaly and Guillain-Barre syndrome and its current recommendations on travel, trade and ways of controlling the mosquitoes that spread the virus, a senior WHO official said.

This is thought to be high season for the mosquito-borne virus to spread in the southern hemisphere, though it’should ebb in Brazil by the time of the Olympics in August, said Dr. Bruce Aylward, WHO Executive Director for Outbreaks and Health Emergencies.

Studies in the Lancet on microcephaly and by the U.S. Centers for Disease Control and Prevention (CDC) on Guillain-Barre had strengthened the case that the Zika virus is responsible.

“Since the public health emergency of international concern was declared (by WHO) back in February, the evidence that there may be a causal relationship has continued to accumulate,” Aylward told a news briefing in Geneva.

“The important thing is the data is moving in one direction.

And that’s the reason we’ve asked the Emergency Committee again next week to convene and look at these data,” he said, referring to a group of independent experts chaired by Dr. David Heymann.

“So there is accumulating evidence that you really should be pushing these vector control measures very, very hard,” he said, referring to ways of controlling the mosquito that spreads the virus. Brazil has deployed the army to help with spraying.

A separate group of WHO experts meet in Geneva from Monday through Wednesday to discuss speeding up research on products. These include diagnostics, vaccines and new methods of vector control, including release of genetically-modified mosquit’s.

French scientists, in a retrospective study of a Zika outbreak in French Polynesia in 2013-2014, said last week they had proved a link between Zika and Guillain-Barre, suggesting countries hit by the Zika epidemic will see a rise in cases of the serious neurological condition.

They showed the risk of developing the disorder at 1 person in every 5,000 – which was a “very very low risk”, Aylward said.

A study of nine pregnant women from the United States who traveled to countries where the Zika virus was circulating showed a greater-than-expected number of fetal infections and brain abnormalities, U.S. health officials said last week.

Much remains unknown about Zika, including whether the virus actually causes microcephaly in babies, a condition defined by unusually small heads that can result in developmental problems.

Nine countries, including Brazil and Colombia, have reported an increase in cases of Guillain-Barre or laboratory confirmation of a person suffering from the rare neurological disorder being infected with Zika, a WHO statement said.

FACTBOX-Why the Zika virus is causing alarm in the Americas