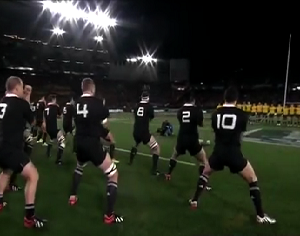 The Rugby Championships and Bledisloe Cup are set to begin in earnest this weekend, with the Wallabies taking on the All Blacks at ANZ Stadium in Sydney, Australia on Saturday night.

The Wallabies likely starting side will most likely see the inclusion of veteran Matt Giteau, David Pocock, Israel Folau and Tevita Kuridrani, with another veteran in Will Genia set to be left out due to injury.

In a press conference held earlier in the week, Wallabies prop James Slipper told the media “it is important, we play the game to win. The trophy (Bledisloe Cup) is pretty important and in saying that it is a world cup year and we’re trying to do the best that we possibly can leading into it.”

Centre Kurtley Beale, optimistic about a possible win, said “they [the All Blacks] are the number one team in the world, and whoever pulls on that jersey is always going to get the job done. It’s a huge challenge at hand, but we’re very much looking forward to it.”

The Wallabies are looking to improve their performance in the Bledisloe Cup this year, after a disappointing campaign in 2013 against New Zealand.

In game one of the 2013 Bledisloe Cup, the Wallabies began their campaign with a tense 12 all draw against the All Blacks, before going on the convincingly lose game two and suffer a nailbiting one point loss in the third and final match.

The Wallabies flew in to Sydney earlier in the week, with the match kicking off at 8pm on Saturday night.

Another Durg Raid in Lae