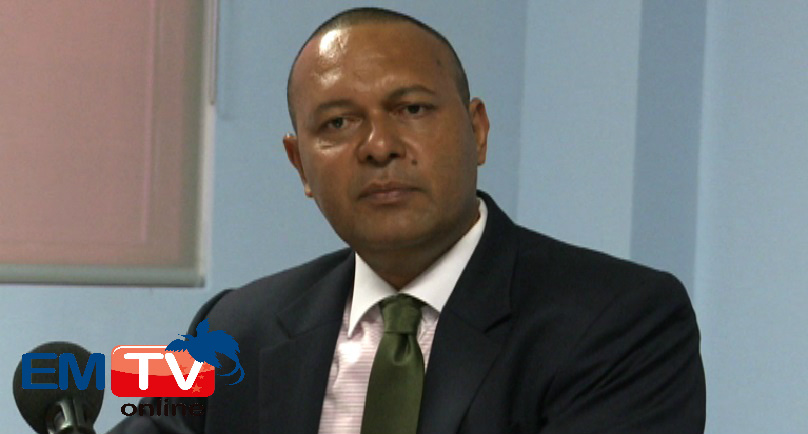 “The simplest action for the Minister and Government to take is to get the power bills of each respective Government Department, Agencies and Institutions and their locations for verification which should be taken to Department of Treasury to pay whatever is due and make arrangements if the arrears are more than the current annual appropriation for utility bills”.

These were the words of deputy Opposition leader and Bulolo MP, Sam Basil, on the government’s recent declaration of a State of Emergency for electricity provider, and state owned enterprise, PNG Power Limited.

Basil, through a press statement, stated his concerns over the actions taken by Minister for State Enterprise, Ben Micah, in handling the dilemma faced by PNG Power.

He said, that it was a known fact that government departments and state-owned institutions constituted most of the ‘major defaulters and non-payers’ of electricity services in the country. This, he said, included the disciplinary forces.

As a lasting solution, the Bulolo MP stated that the government, in particular the minister responsible, should effectuate more proactive measures to address PNG Power’s challenges. He adds that the electricity bills of State departments, agencies and institutions be taken to the national treasury department for payments to be made to the electricity provider.

The deputy Opposition leader is not the first to come out in disrepute of the government’s SOE declaration. Member for Sinasina Yongomul, Kerenga Kua, is also adamant that the “declaration of a State of Emergency to deal with commercial issues, is a wrong decision.”

Kua stated that issues faced by PNG Power do not warrant a State of Emergency; citing the powers given under the Constitution which determine the criteria for an SOE declaration.

“A State of Emergency only applies in times of great national crisis or emergency due to war, very serious civil disturbances, organised attacks on many government offices; or natural disaster, such as famine, an earthquake or fire,” said Kua.

The Sinasina Yongomul MP, and former Justice Minister, said that the recent events suggest that the government has “run out of proper commercial strategies” in dealing with PNG Power’s issues.

Deputy Opposition leader, Sam Basil, made reference to the loss of business, added expenditure costs and damages incurred by business houses and citizens throughout Papua New Guinea, due to the constant disruptions to electricity supply.

Papua New Guineans have long grown tired of the daily blackouts; and for those without generators, it becomes an added burden, and hassle, to deal with the unreliable power supply.

“Almost all houses have prepaid meters and it is incumbent on PNG Power to use its officers or contracted entities to disconnect power until arrangements are made to pay or alternatively issue summons. In the event of illegal connections, similar actions should be taken including arrest and charge under the Criminal Code,” states the deputy opposition leader.

Basil indicated that the provision of leadership and direction, has been lacking with state owned enterprises, and blames the O’Neill-Dion government for this.

Furthermore, the State Enterprise Minister’s move to use state funds to the value of K4 million, to recover monies owed to PNG Power, has not gone down well with the Bulolo MP. He strongly believes that commercial arrangements should be made and that it is unfair for a state owned enterprise to use emergency laws to conduct business.

“For any State Owned Enterprises to use the State of Emergency laws to conduct is business and unfair to the other business and consumers who have been compliant with their part of the service arrangements. PNG Power should know it is liable for many loss of business in this country.”

The government’s arrangement on issues surrounding PNG Power Limited and consequently, the State of Emergency declaration, has been labelled as “unconstitutional and illegal” by Sinasina Yongomul MP, Kerenga Kua.

Read other articles on this story: