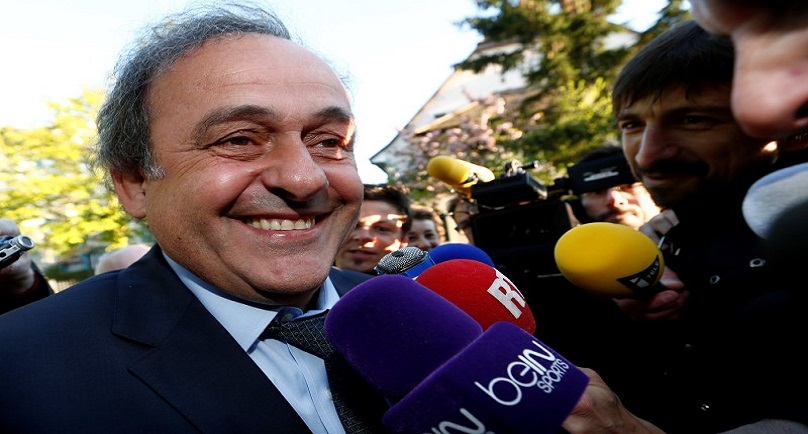 Image: UEFA President Michel Platini arrives for a hearing at the Court of Arbitration for Sport (CAS) in an appeal against FIFA’s ethics committee’s ban, in Lausanne, Switzerland April 29, 2016. REUTERS/Denis Balibouse

LAUSANNE (Reuters) – Suspended UEFA president Michel Platini said he was more optimistic of having his six-year ban from football overturned after his appeal hearing at sport’s highest tribunal on Friday, with a decision due within 10 days.

However, the Frenchman, one of the finest players of his generation and also a former coach of his country’s national side, said he recognised that his long, illustrious career in the game would be over if the decision went against him.

Former FIFA president Sepp Blatter, who like Platini has been banned for six years for ethics violations, was among the three people who gave evidence at the eight-hour hearing at the Court of Arbitration for Sport (CAS) in Lausanne.

CAS secretary general Matthieu Reeb said a decision would be announced by May 9 “at the latest” by its panel of three judges.

“I am even more optimistic after (this hearing) because, sincerely the team that came, and you saw that we were numerous, was very good,” Platini, who arrived and left in a taxi, told reporters outside CAS headquarters.

If Platini is absolved, he would be free to resume his duties as UEFA president and attend Euro 2016 in his native France in an official capacity in June and July.

“If I am president of UEFA, I will be at every game at Euro 2016,” he said. But, referring to a possible defeat, he added: “I am going to go on holiday, wait and maybe I will be definitively on holiday, or retired.”

He added: “Then, the story is over, absolutely, it’s over. It’s going to end here; my work as a president of UEFA and my work in football will be finished because it’s a ban on working in any soccer-related activity.”

Platini and Blatter were banished over a payment of two million Swiss francs (1.43 million pounds)made to the Frenchman by FIFA with Blatter’s approval in 2011 for work done a decade earlier.

FIFA’s ethics committee said the payment, made at a time when Blatter was seeking re-election, lacked transparency and presented conflicts of interest. Both men denied wrongdoing.

Platini, 60, said he told the hearing that “I worked, I issued a bill, I followed the FIFA directives, I received money and I paid my taxes. That’s it.”

Blatter’s own appeal has yet to be heard and Reeb said that it could be influenced by the outcome of Platini’s case.

“Normally, CAS panels would observe decisions rendered by other CAS panels, so if the decision in the Platini case is known and published, the new panel for Mr Blatter should…take it into account,” he said.

UEFA, which holds its annual Congress in Budapest on Tuesday, has said it will not elect a replacement for Platini until his case has been decided.