Police fired multiple shots early this afternoon to disperse protestors who pelted them with rocks and tried to breach the police line at Gum bridge outside of Madang town. Up to 10 people have been taken into custody. There are also unconfirmed reports that one person was shot dead.

The crowd withdrew after shots were fired. But as they left, they felled trees blocking the highway once again.

Madang MP, Bryan Kramer, was in negotiations with the protestors who are predominantly from the local communities. They have demanded immediate action from the Madang Provincial Government to issue immediate eviction orders to settlers who have been blamed for ongoing crime and harassment in town.

Meanwhile, the Madang Hospital has issued a notice saying it was scaling down operations due to the water shortage caused after vandals destroyed water supply equipment on Saturday night.

Police are continuing to maintain a heavy presence at Gum bridge. 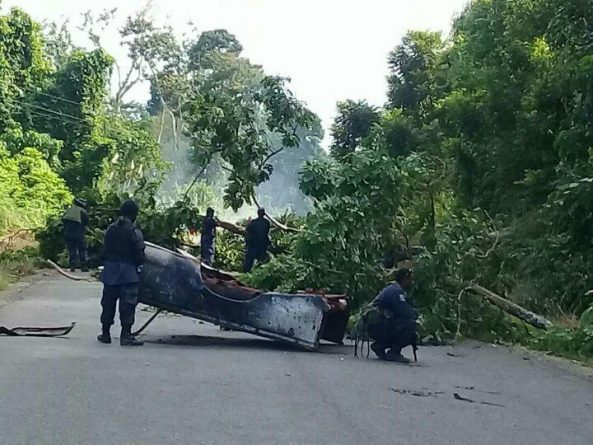 Police and Protestors in Tense Standoff in Madang