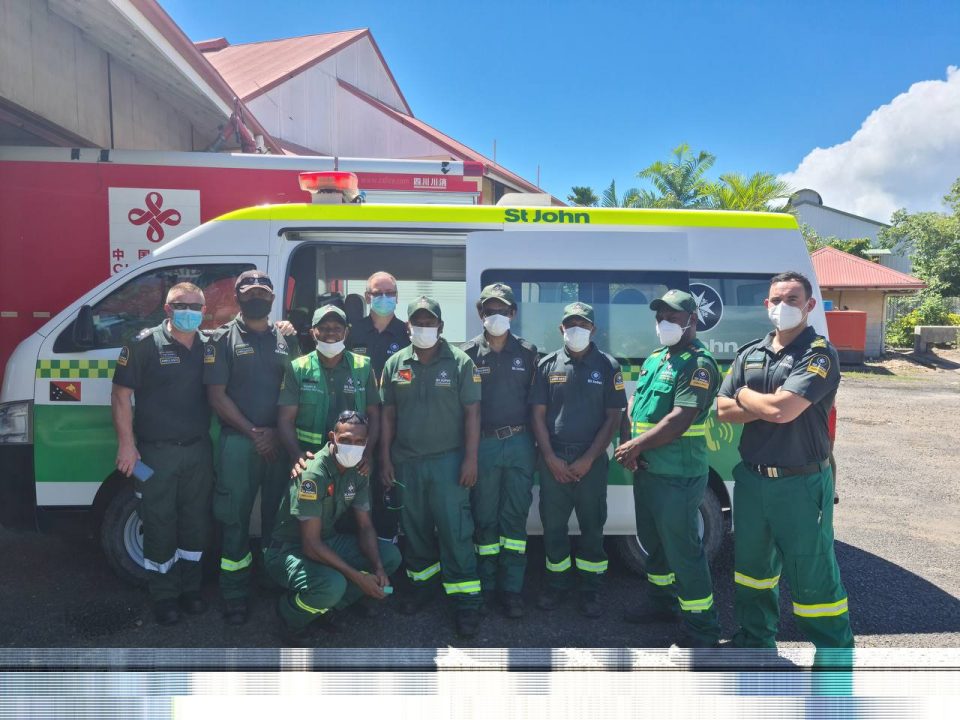 Despite delays caused by the pandemic, the ambulance service moved into the Kokopo fire station which they will operate out from there in the meantime.

The ambulance base includes a station office and medical storeroom.

Also, a 4WD Ambulance and 4WD rescue commander vehicle will be shipped to Kokopo to be stationed at the base.

A new 4WD ambulance will also come through support from Health Minister Jelta Wong and the UNDP.

Seven ambulance officers will work the based on shifts to provide 24-hour emergency medical response and rescue.

The team will be lead by ambulance commander, Jethro Philemon.

According to St John’s CEO Matt Cannon, “we had approached the Provincial Administration to have St John utilize the vacant land next to the fire station. We already own container dongas that we can use to create an ambulance station and training facility.”

With this new facility, St John will teach;

St John will be opening its ambulance base at Lae Fire Station next week.

As India’s COVID Crisis Rages, Its Neighbors Brace for the Worst