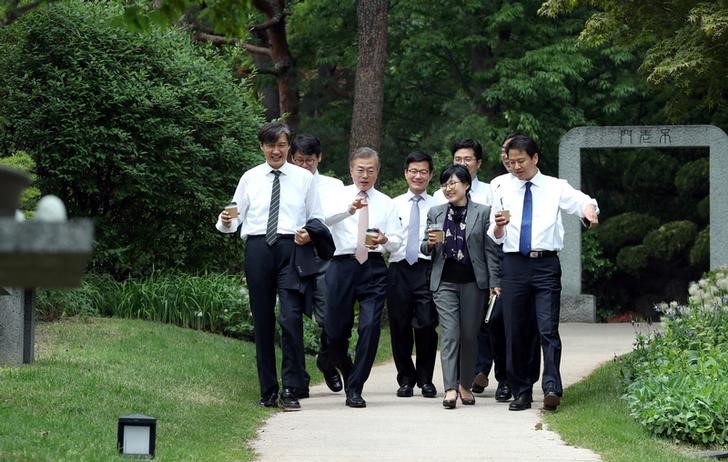 Moon told a media briefing that he had appointed former vice finance minister Kim Dong-yeon as deputy prime minister and finance minister, while a United Nations senior adviser on policy Kang Kyung-wha was tapped as the next foreign minister.