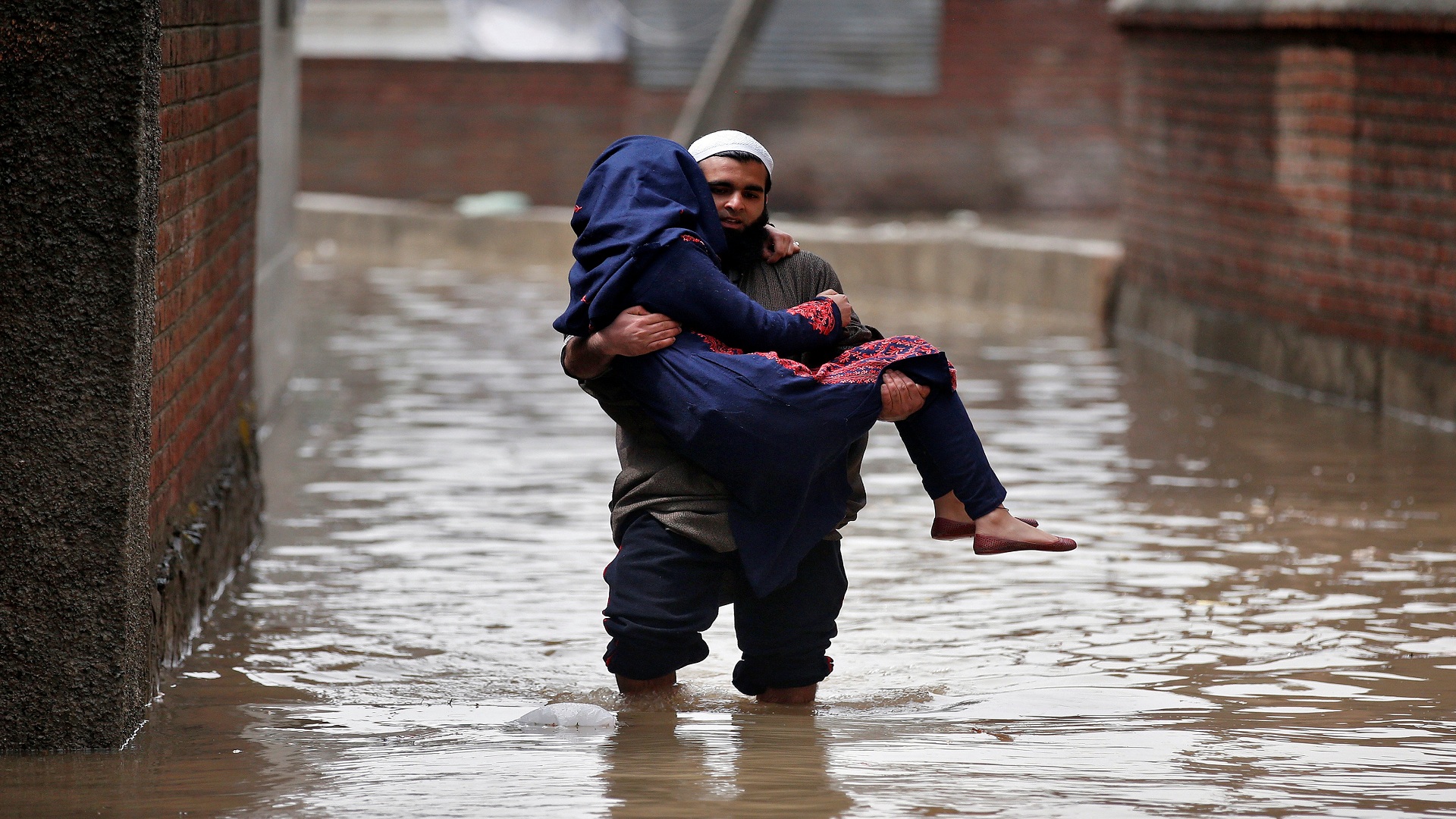 Image: A man carries a woman as he wades through a flooded street after incessant rains in Srinagar April 7, 2017. REUTERS/Danish Ismail

SRINAGAR, India (Reuters) – Six people were killed and two were reported missing in India’s northern region of Kashmir on Friday, after heavy rain and snowfall swept the region, setting off avalanches and turning mountain rivers into raging torrents.

Helicopters were deployed to rescue people cut off by flash floods that revived memories of 2014, when the Jhelum River flowing through the region’s main city, Srinagar, burst its banks, swamping homes and killing 200 people.

“A post in Batalik sector was buried,” he added. “Two out of five soldiers have been rescued. A rescue operation for three soldiers was in progress and three bodies have been recovered.”

In the Poonch region, an Indian Air Force helicopter was guided by a soldier holding a flare toward a group of villagers stranded on the far bank of a river. They climbed a rope ladder into the craft, which then flew them to safety.

Rajiv Pandey, senior superintendent of police in Poonch, said 17 people were evacuated from the area.

In Srinagar, the summer capital of the state of Jammu and Kashmir, some low-lying districts along the Jhelum were swamped but residents said the river was starting to recede.

“We are relieved as the water level is receding and the rains are reducing,” said one resident. “We are praying that rain should stop.”

Four killed by truck driven into crowd in Swedish capital