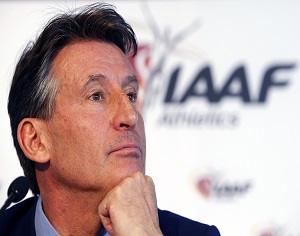 By Mitch Phillips and Jack Stubbs

MONACO/MOSCOW (Reuters) – A Rio Olympic athletics programme without Russia looked an ever-stronger possibility on Friday after the sport’s governing body said the track and field superpower had “significant work to do” to have its ban for doping lifted in time.

But the comments from the International Association of Athletics Federations incensed the Russian sports minister, who insisted that the country had done enough to meet the association’s anti-doping standards.

Missing the Olympics would be a humiliating blow for Russia, where sporting success is seen as integral to national pride. The country came second to the United States in the track and field medal table at the London Olympics in 2012.

Norwegian Rune Andersen, heading a five-person international task force reviewing Russia’s reforms after its suspension from global competition in November, said its athletics had made “significant progress”, including changing its president and council and developing anti-doping educational programmes.

“However, the view of the task force is that there is significant work still to be done to satisfy the reinstatement conditions,” he told a news conference after a Monaco meeting of the Council of the International Association of Athletics Federations (IAAF).

“We still need to interview athletes and coaches named in the WADA (World Anti-Doping Agency) commission report to understand the scope and nature of previous doping activities.”
IAAF president Sebastian Coe, whose first year in office has involved a comprehensive shakeup of athletics to eradicate corruption and doping, suggested a final decision would be taken at a council meeting in May.

“You should conclude that these decisions will be taken at that point,” Coe said.
“There were no preordained outcomes today. We wanted to hear what Rune and the team had to say and we were unanimously satisfied that more work needed to be done before we could ultimately make a decision,” he said.

“The job of the Council is to make sure that those athletes who are going to the Olympics are clean and are in systems that are based upon integrity.”

It was the report of the WADA commission which led to the suspension of Russia, which traditionally battles with the United States to be the sport’s dominant force, and investigations into broader corruption affecting also the administration of the sport.

Coe and Andersen expressed concern about a documentary on German TV channel ARD last week that said Russia had made little progress on reform, that coaches banned for doping were still operating in the country and officials newly-installed as part of the clean-up were tipping off athletes ahead of drugs tests.

“We discussed the contents of that programme and the task force member are very concerned and investigating further,” Coe told Reuters.

Russian IAAF Council member Mikhail Butov said his country had worked hard over the last four months but accepted there was still much to be done.

“We have changed many of the personnel and followed the recommendations,” he told Reuters. “We are working hard to educate coaches and athletes, but it takes time.”

Sport Minister Vitaly Mutko, however, insisted that Russia had done enough to be reinstated, adding that it had not been made clear exactly what it’still had to do to satisfy the IAAF.

“You say we should elect new leadership for the athletics federation – OK, we’ve done that. You should not elect anyone to be the leader who has done this or that – OK, we did that,” he said.
“There are no criteria. What should Russian athletics do? Dance on the table? Sing a song?”

Coe said five other countries – Ethiopia, Morocco, Kenya, Ukraine and Belarus – had been listed as in “critical care” over their anti-doping arrangements, although none of them were at risk of immediate ban or missing the Olympics.

Coe also told Reuters that Russia’s doped runner-turned-whistleblower Yulia Stepanova could still be allowed to compete at the Rio Games under an IOC flag but that her situation was complex.
Stepanova, an 800-metres runner, provided evidence of widespread doping that contributed to its ban and WADA said this week it would ask the IOC and IAAF to allow “a courageous athlete” to compete as an independent.

“I’m really happy for that issue to be discussed again and that we properly understand the details, legal and logistic, of her eligibility to compete,” Coe said.