‘Rewilding:’ One California man’s mission to save honey bees

Bee preservationist Michael J. Thiele, 54, holds a bee near a nesting habitat in Sebastopol, California, September 6, 2019. Thiele estimates that he has “midwifed” billions of bees by building traditional nest habitats that attract bees from within the local watershed through swarming, which increases the bee population exponentially. REUTERS/Lucy Nicholson

SEBASTOPOL, Calif. (Reuters) – The staggering decline of honey bee colonies has alarmed experts across the United States, but an unconventional apiculturist in California thinks he has found a way to save them.

Michael Thiele has championed an approach he calls the “rewilding” of honeybees, allowing them to live as they did for millions of years — in natural log hives high above the ground.

“We can do this very, very simple thing — return bees into their natural nest environment, into their natural biosphere,” said German-born Thiele at his home in Sebastopol, California. “If we lose them due to human-induced mass extinction, will there be a tomorrow?”

Thiele’s method consists of hollowing out logs and strapping them high on tree trunks to mimic bees’ hives before they were domesticated. He also sometimes suspends them from barn rafters or perches them high on wooden tables for a similar effect.

Honey bees are critical to the planet’s ecosystem because they pollinate plants that produce about a quarter of the food consumed by Americans, according to U.S. government reports.

Last winter, U.S. beekeepers lost almost 40% of their colonies, according to a report this year by the Bee Informed Partnership, a group of industry participants.

It was the worst winter die-off in more than a decade.

Wild bee populations are declining too, but researchers found in 2015 that wild bees from around Ithaca, New York recovered from the introduction of the deadly “varroa mite” in the 1990s while domesticated bees did not.

Thiele also says domesticated bees are more vulnerable because they are raised using smoke and chemicals and fed sugar water, which he claims is bad for their health.

Habitat loss, along with heavy pesticide use, climate change and increasing urbanization are the main causes for declining bee populations, experts say https://www.reuters.com/article/us-usa-bees/hundreds-of-north-american-bee-species-face-extinction-study-idUSKBN1685NG.

Thiele said his life with bees began with vivid dreams about them about 20 years ago when he was living in Big Sur in northern California. “And they were so intense that, you know how it is after a very strong dream, you wake up and it stays with you.”

So he borrowed an empty box from a local beekeeper and soon it was swarming with bees, drawn by the old smell of bees in the box.

Thiele over time rejected the “rectangular white boxes” of traditional beekeeping and refused to use chemicals, smoke or protective clothing when interacting with bees, scooping them up from their hives bare-handed.

“It feels so intimate and I feel how deeply we belong and how important it is to protect them,” he said as a swarm of bees crawled over his hand and arm.

Once a hollowed-out log hive is attached to a tree, it becomes attractive to bee “scouts” looking for a nest site, who then alert their bee colonies to move into it.

He’s been making the log hives since 2008 and says they are sometimes colonized within days and usually within a few weeks.

Thiele does not consider himself a beekeeper in the conventional sense. He created his Apis Arborea firm (Latin for bees in trees) solely to rewild honeybees and said he does not farm the honey the bees produce unless the colony leaves the hive or dies. His hives, he said, are both a conservation project and a personal mission.

“It’s almost as if honey bees make the fragility of life so palpable,” he said. “And as if they are really mirroring where we are on this time on this planet.” 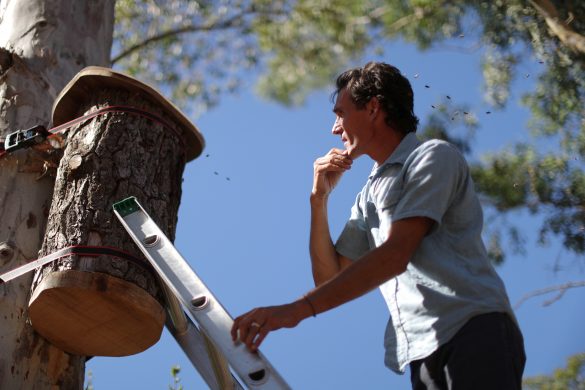 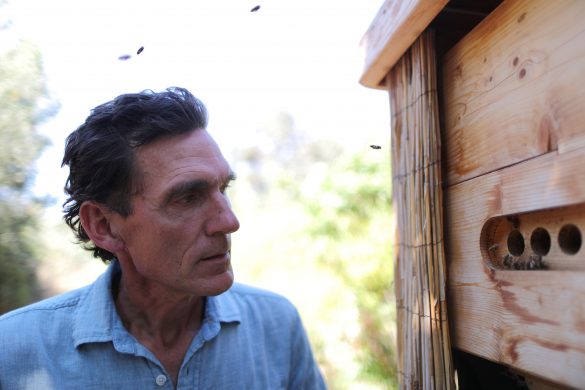 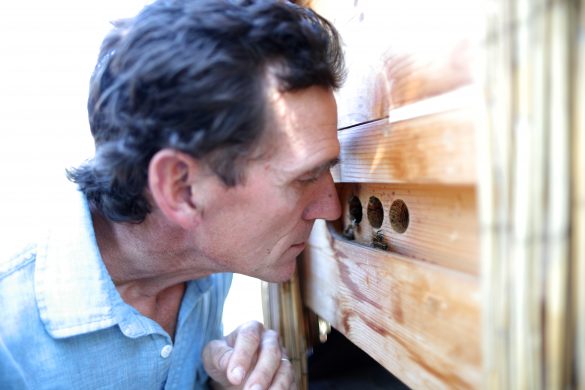 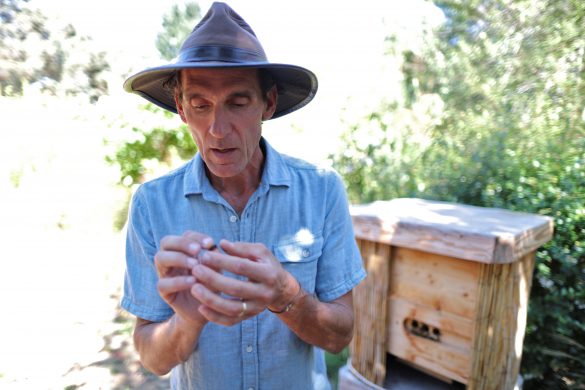 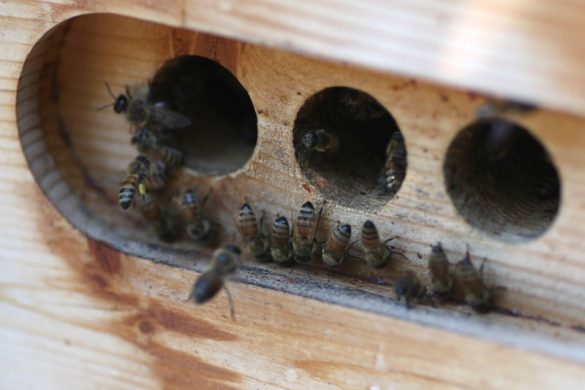 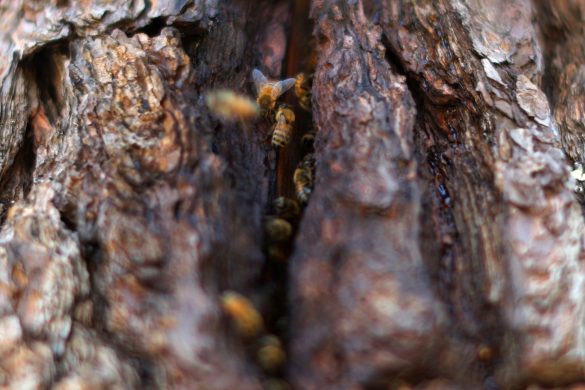