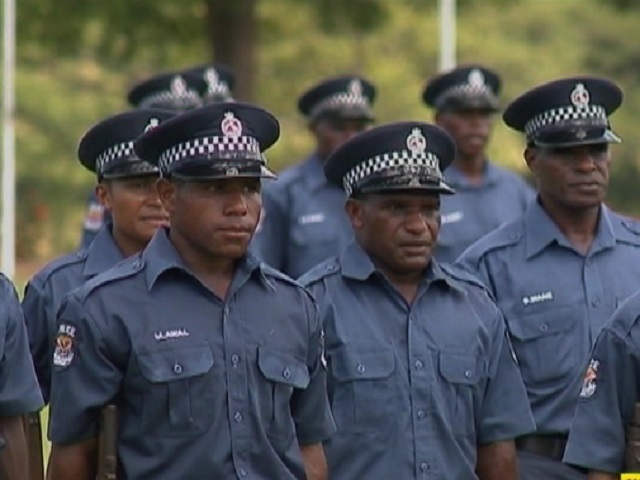 Over 200 police recruits have been challenged to be ether become solutions to problems withinthe police force, or bethe problem.

It began with a precision parade, as eight squads of 255 recruits bravedthe searing at yesterday’s graduation. Twenty seven ofthem were female officers.

The Senior Police hierarchy including colleagues fromthe Australian Federal Police, and family and friend were present for the proceedings.

During his speechthe member also made a commitment of K500, 000 and a vehicle to boost police presence in his electorate.

Forthe recruits, it was a tough six months of training which culminated yesterday.

New Police pass-out Noah Subrian says he is mindful ofthe general perception of being feared as a police officer. He believes through proper code of conduct,they can earn backthe trust ofthe people.

This is part ofthe police modernization program of increasing numbers to fitthe United Nationsrequired police to civilian ration of one to four hundred people.

All people with HIV should get anti-retroviral drugs – WHO