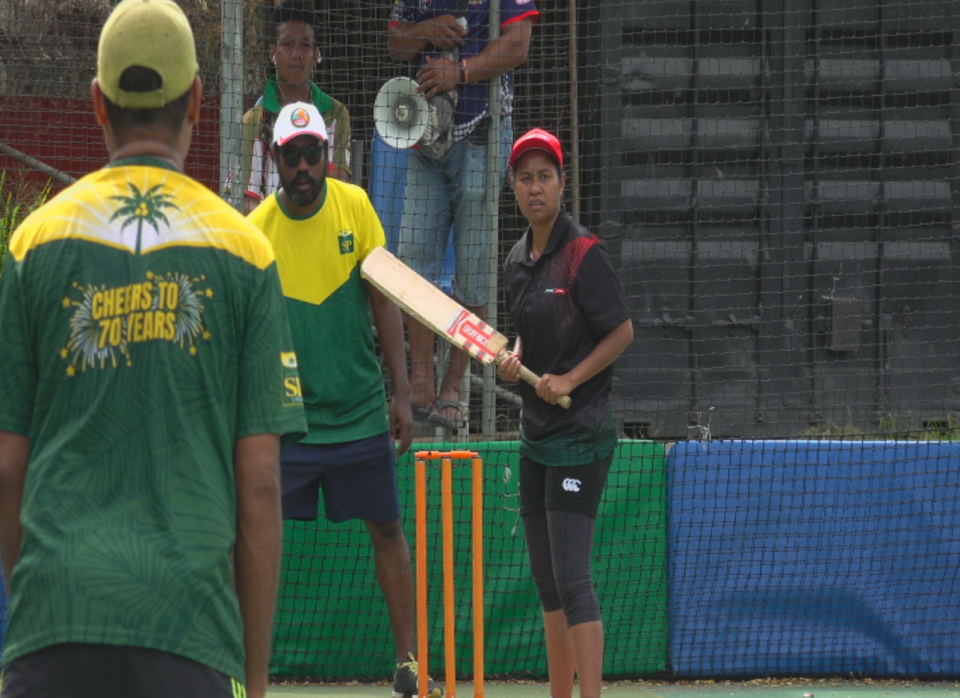 The Port Moresby Corporate Indoor Cricket is into its week 8 of competition.

Different corporate houses are taking part in this competition consisting of both male and female teams.

This competition is purposely to create social activities among the corporate houses with their employees.

This competition started 8 weeks ago and the matches are played every weekend.

The Brand Manager for Niugini Ice Rolf Kekedo said this is SP Brewery’s first season in the Indoor Cricket competition.

“Corporate Indoor Cricket competition has been going on for some time but this is our first time to participate,” Kekedo said.

He said about 20 staff are taking part in this competition and this competition is so helpful for them to release some stress after spending most of the hours from Monday to Friday at work.

“Normally we work 8am to 5pm, and then we go straight home to attend to families so it’s really good for our employees to at least have fun on weekends to release stress,” Kekedo added.

To make the game interesting he also mentioned that if any players that hit the banners from the back of the court 6 times will walk away with a small reward which acts as a motivation for his team members.

The knock outs are expected to be played in March of 2023.

Miyazato in seven-way tie for lead in the Bahamas