Acting ACP Central and NCD, Chief Superintendent Anthony Wagambie Jnr has commended both the general public and his own force for quick action that has led to the recovery of stolen vehicles and suspects caught.

“NCD has a high rate of armed hold up stolen motor vehicles on average of six to ten a week. We will, as a team work out strategies to counter this. I commend the Police units for their quick response.”

In first of two separate incidents that occurred in the National Capital District this week, occupants of a vehicle were held up at Vadavada on Tuesday, at roughly 6.30pm, when four suspects pulled up beside them and forced the occupants out and drove off.

A call by a member of the public to the NCD Police Toll Free number ensured a support unit was assigned quickly, and while the suspects weren’t apprehended, the vehicle was recovered.

This morning, however, occupants of a vehicle were held up by four men armed with two homemade guns and what looked to be a factory made pistol at Gerehu stage 4 at between 9.30am and 10am.

The four men were on foot, when they held up the unsuspecting occupants of the vehicle, and drove off to the nearby suburb of Ensisi Valley. 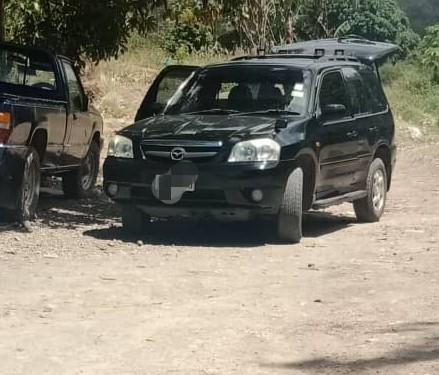 And in similar circumstances to the earlier car-jacking, it was again a member of the public who called the NCD Telikom Toll Free number, reported seeing four youths acting suspiciously in a parked vehicle.

A Zone 1 support unit on receiving the call from NCD Police Operations room proceeded to the location.

The four men were caught by surprise, three of them able to get away on foot, whilst one who was in the vehicle was caught by Police.

A police pursuit on foot ensued up the mountain between Ensisi and June Valley.

Police reported that return fire was exchanged with one suspect wounded.

“The gang members fired upon Police. Police returned fire. One was shot in the leg but was carried by his two accomplices. The vehicle was recovered in good condition with the key still in the ignition. It is now at Boroko Police Station and will be returned to the owner. The lone suspect apprehended will be charged by Boroko CID. A loaded homemade gun with ammunition was also recovered”

Police Zones across the NCD have been set up by Assistant  Commissioner of Police Yamasombi and Metropolitan superintendent NCD Perou N’Dranou.

“This is to ensure that the City is divided into three Policing zones and for better planning and coordination. I commend members of the community for using the Telikom Toll Free number to call Police to report such incidences.
My plan for the Sector Patrol will strengthen this.”

“I intend to enhance Policing to have presence and response time improved.”