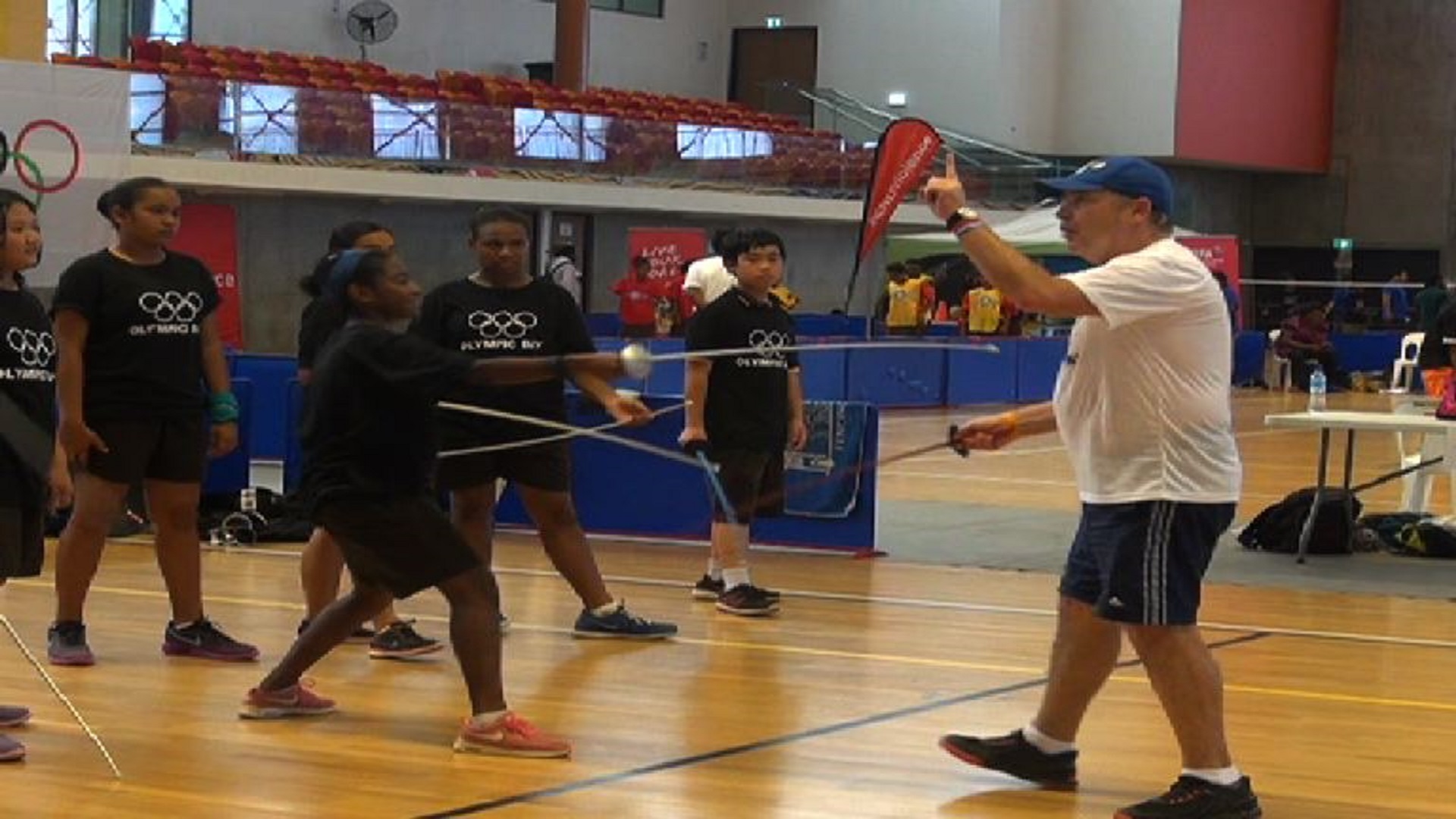 Leon Thomas is from the Oceania Fencing Confederation and he’s trying to share his passion for fencing with PNG.

There were children who showed interest. The PNG Olympics Committee asked Leon Thomas to introduce fencing to PNG.

He said while there has been a good response so far, there is still a lot of work to do to set up a federation.

Fencing is an Olympic sport which means Pacific Island countries can qualify through the Asian competition.

Thomas is hoping to return to PNG sometime later this year to start up a federation, and get the numbers going around the country.

If it succeeds, fencing will be just the latest sport to be added to what is becoming a long list here in PNG. Recent sports introduced include handball, gymnastics, beach volleyball and water polo.