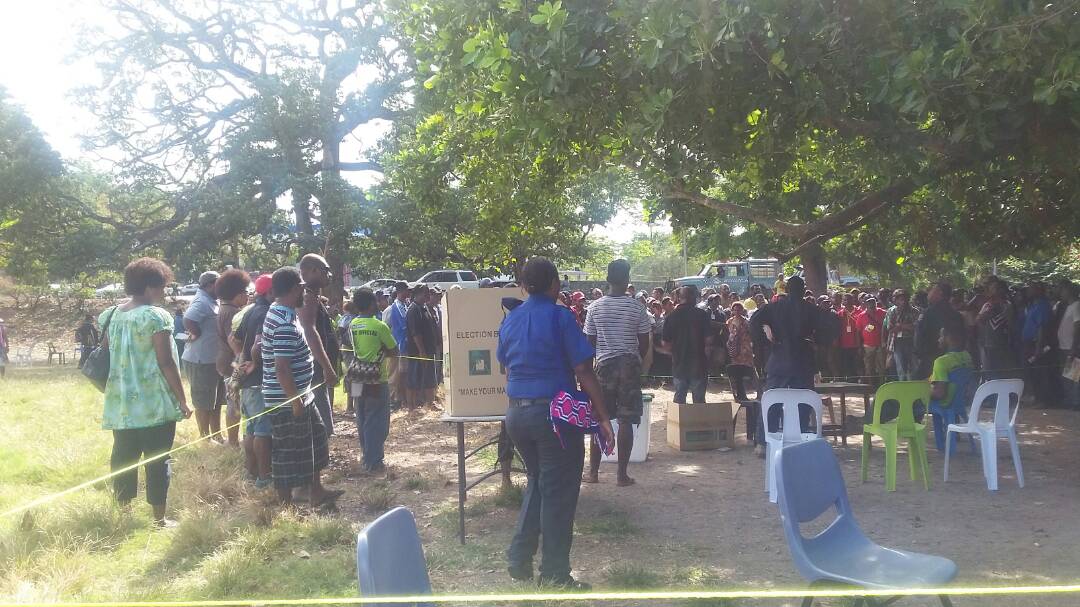 The Papua New Guinea Electoral Commission  has been slammed  for polling  delays in the capital, Port Moresby.

Polling which was to have started today  was moved to Friday after election officers refused to work  due to unpaid allowances.

Thousands of voters were turned away this morning as the sudden change in the schedule caught them  by surprise.  Many employers had  gave workers time off for people to vote.

This morning the Electoral Commission  sent out an email  saying:  “…Polling for all the 3 electorates for NCD now deferred to Friday 30 June due to issues with camping allowances for polling officials.”

At East Boroko, tension boiled over.  Voters  chased  NCD’s  Election Manager, Terrence Hetinu and threw stones at him when he tried to explain the delay. He was rescued by police.

“My employer gave me time off to vote today,” said one voter on Facebook. “This is pure incompetence.”