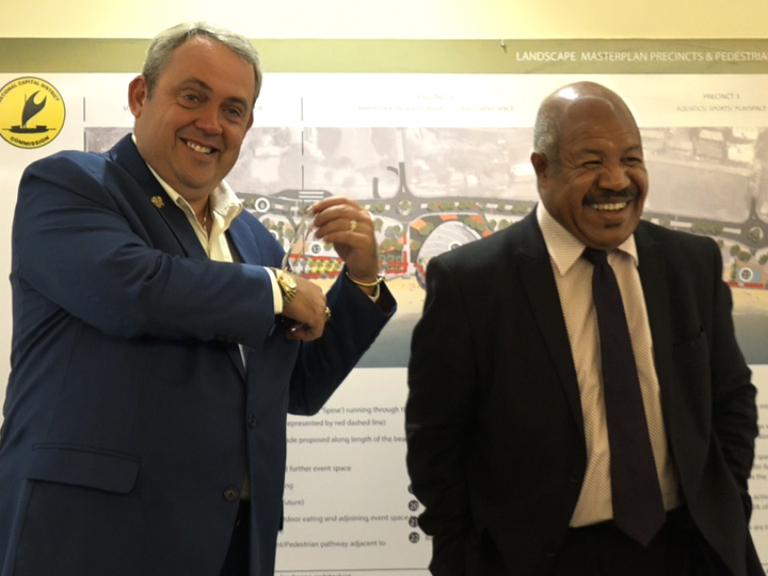 Two current members of parliament are going into the national elections, patting their backs despite the economic challenges faced in the last two years.

They say its okay to have a deficit budget in light of falling commodity prices, as they say the economy will improve when prices pick up.

The Coalition government has been heavily criticized about the way they are spending public funds.

There has been criticism from the Opposition, and think tanks alike, about the deficit caused by loans.

Parkop and Tkatchenko defended that recently.

“Oil, gas and mineral prices have gone down and these are determining factors, which not even Don Polye or Sam Basil can fix,” says Governor Parkop.

“No other government has achieved what we have, when it comes to sports and infrastructure,” says Minister Tkatchenko.

Yesterday morning at the City Hall, the Governor and Sports Minister said they will return to office.

He is now asking the people for one more term.

Minister Tkatchenko adds that there has been unprecedented developments in sports infrastructure, and development in Port Moresby South.

But, while the coalition government remains confident about the upcoming elections, there has been cracks.

Early this month, PNGs Treasurer, Patrick Pruaitch, said the economy has “fallen off the cliff”. He blamed the current PNC led government.

But, whoever takes on the government after elections’ is up to the peoples vote, and with the possibility of a new government, they will have to manage the country’s economy.

Another Phase of The Buang Power Project Commissioned