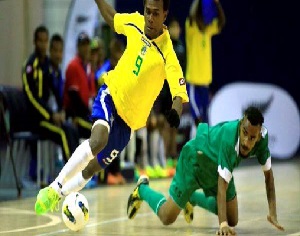 The 11th edition of the 2016 OFC Futsal Championship was held at the Vodafone Arena in Suva, Fiji.

The tournament will run from the 8th to the 13th of this month and has drawn a total of six OFC member national teams.

This tournament will act as the OFC qualifiers for the Futsal World Cup.

With Papua New Guinea still yet to register a national Futsal team in the OFC Futsal Championship, other Pacific nations have long been competing in this annual event since its inception in the late 90’s.

Fiji, New Caledonia, New Zealand, Solomon Island, Tahiti and Vanuatu are all competing in the current OFC Futsal Championship in a round robin format and every game matters.

So far Fiji, Vanuatu and Tahiti are sitting on zero points after day one of the competition and match day 2 is an important one as they look to put themselves in the running.

Solomon Islands, New Caledonia and New Zealand are all looking to separate themselves from the winners pack after day one with three critical encounters yet to come.

Vanuatu gave their all against New Zealand, holding the Futsal Whites scoreless in the first half with strong defence. However, quick counter-attacks style of play by New Zealand proved difficult for Vanuatu to contain with a comfortable 5 nil win.

New Caledonia looked sharp and united as they did away with Fiji 5 to 1.

However, the Solomon Islands were equally as tidy in their opening encounter defeating Tahiti 3 goals to nil.

The winner of the tournament will qualify for the 2016 FIFA Futsal World Cup in Colombia as the OFC representative.