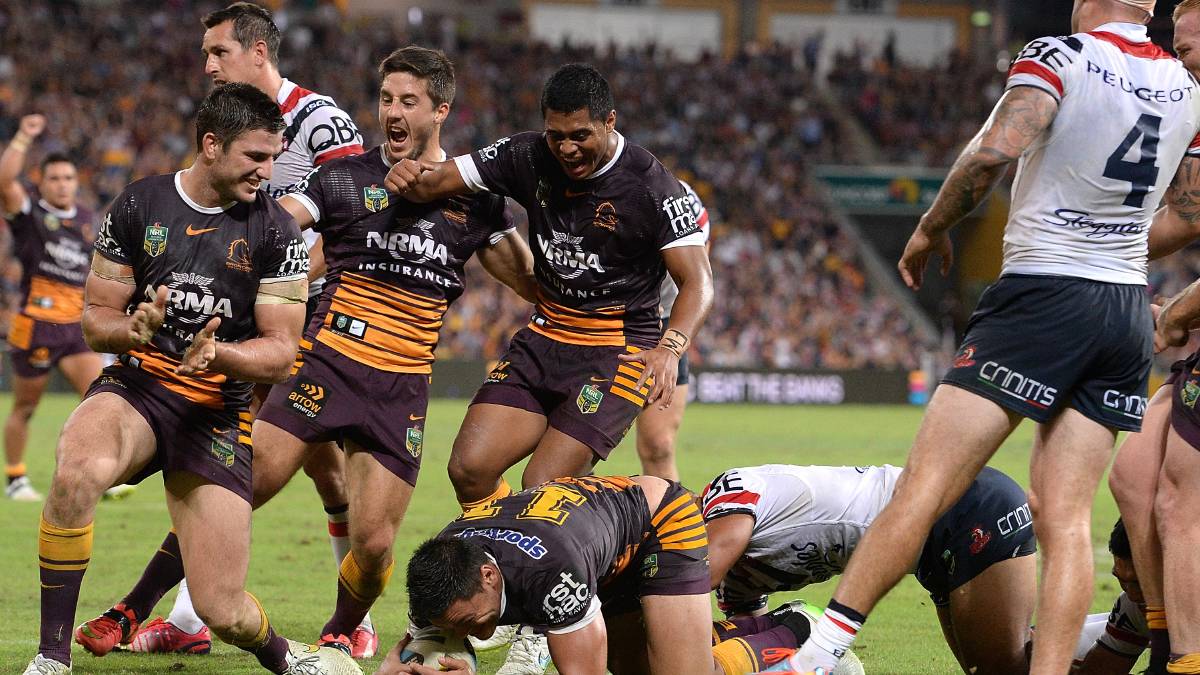 The first match of round six last night saw the Sydney Roosters trampled by Broncos fury and left at the wrong end of a 24 point deficit.

The Broncos’ Anthony Milford was the X-factor this time, as Brisbane fought their way to a win.

With only 2 wins from 5 games to their name, and facing an opponent that is 4 places ahead of them on the points ladder, the Brisbane side knew it was a match they had to win.

With much rooting for the Sydney Roosters to dominate the field of play last night, that was not the case when Broncos took the field.

Though the Broncs’ opening defence line up was not as strong and Rooster’s Blake Fergusson found the gap to score early on.

Their defence was not on par in the last five rounds, and little did the Roosters know, the maroon-clad team was about to turn the heat up.

The opening try from the Roosters jolted the Broncs into action, their defense grew stronger and stood fast, with a little later at just the 27th minute, Broncos was already leading by 14 points to Rooster’s 8.

Unfortunately Roosters, Michael Gordon, felt the full force of a Broncos take-out when his legs gave way under him, allowing Andrew McCullough to take his try-scoring opportunity away from him in a sucker-punch tackle that saw him go down just before hitting the Broncs try line.

With little fight left in the Roosters to go on, the Broncos built a defensive wall that held them off all throughout the match.

Anthony Milford’s massive hit on Mitchell Pierce knocked the wind out of the Roosters.

Despite Roosters Coach Trent Robinson’s urgings for them to fight fire with fire, the roosters were burnt beyond repair.

At fulltime, they had 8 points to their name, while the Broncos, a massive 32.