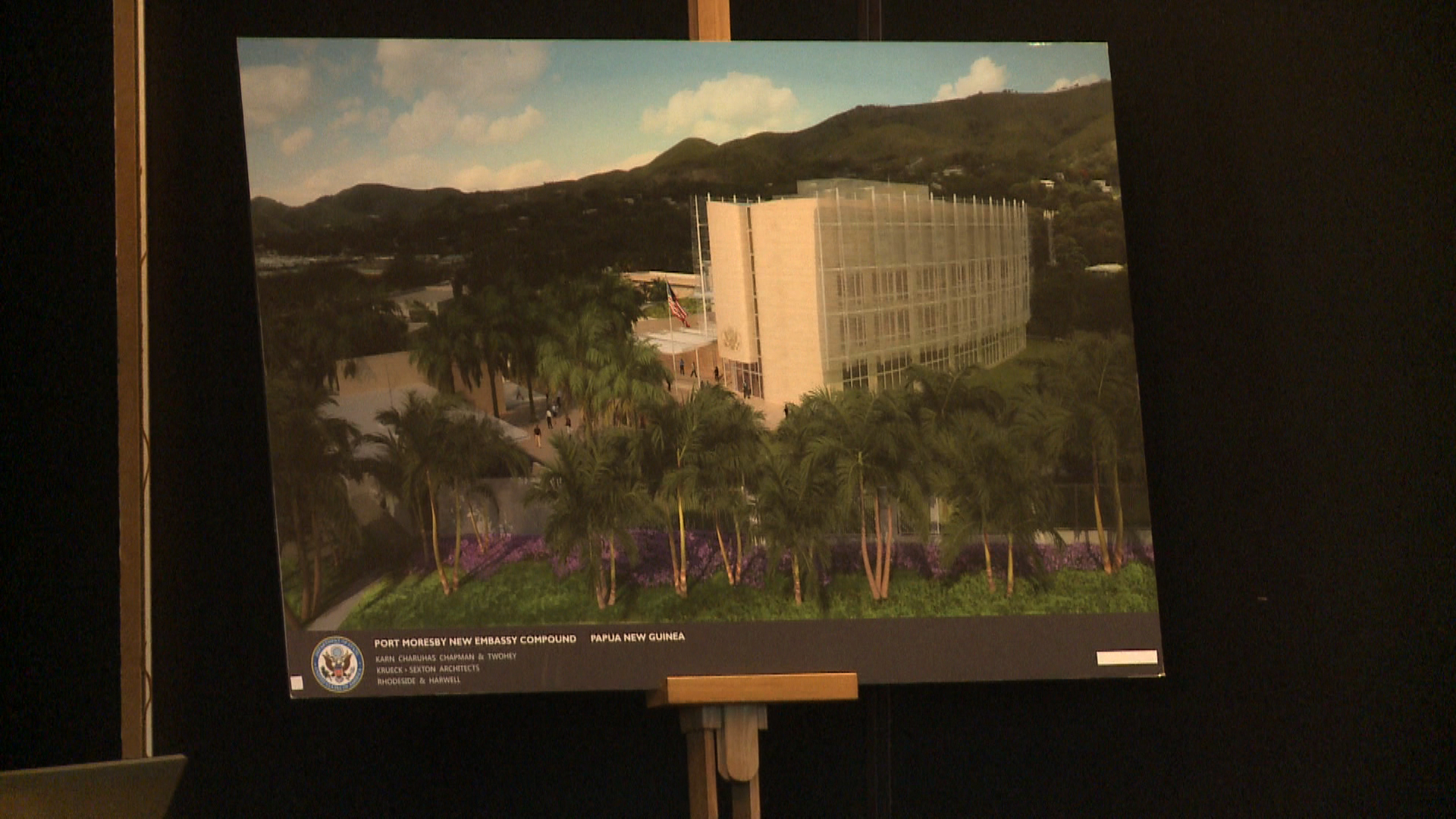 The new US Embassy building in Papua New Guinea will be completed in time to accommodate U.S. President Donald Trump when he arrives in the country for the 2018 APEC Summit.

U.S Ambassador Catherine Ebert-Gray, speaking to EMTV News, said the building is expected to be completed by November 2018.

She said this while unveiling plans for the new U.S embassy compound or NEC to Government officials, stakeholders and the media this morning in Port Moresby.

“We expect the building to be completed between 30 to 36 months.”

Project manager Deya Desouza has advised that landscaping will be done before November 2018.

“It will add to the landscape of the city when it comes to APEC,” she said.

The new U.S embassy compound is being built at Konedobu in Port Moresby. It is expected to be completed by November 2018, in time for the APEC Leaders Meeting, which U.S President Donald Trump will be attending.

Desouza also said at least 30 contractors local will be hired to work on the compound.

“We are looking at different nationalities to bring in the beauty of their trades. How they do installation of technical security and how to do physical construction of walls so that the local will learn from them,” she said.

Ambassador Ebert-Gray said this new embassy signifies an important relationship between the United States Government, Papua New Guinea, Vanuatu and Solomon Islands. And that it symbolises continuous US assistance in the Pacific Region.

She added that the project will also benefit the local economy in terms of job creation, and the purchasing of construction materials.