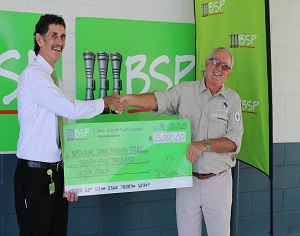 In addition, BSP will also sponsor a K100, 000 cash prize for the first angler that lands a marlin weighing 250kg or more.

BSP has supported the National Game Fishing Titles for over 10 years.

Tournament Director of the 40th National Game Fishing Titles, Robert O’Dea, confirmed that the titles will be held over the Easter weekend.

Two weeks out of competition, the PNG Game Fishing Club has received 25 registrations so far and is confident that the number of interested anglers will increase, nearing the 28th of March.

This year, the titles are expected to see a team of anglers come from Australia, and possibly New Zealand.