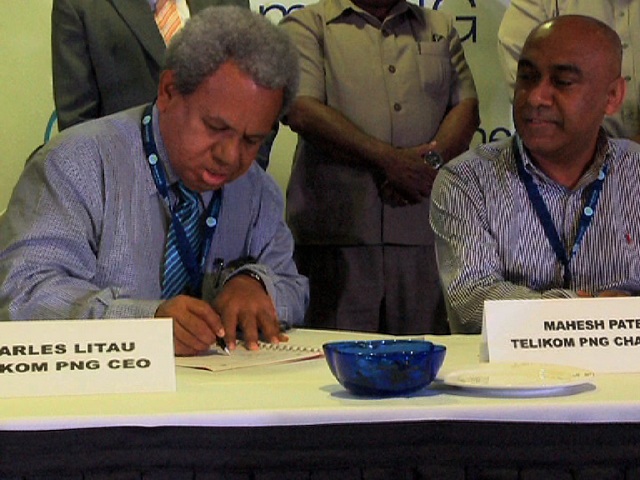 About two hundred Papua New Guineas will now be able to undertake technical studies in China, thanks to Huawei Technology.

The Group madethe announcement duringthe signing of a contract between TelikoPNG and Huawei Technology to deliver high speed broadband.

Cathy Meng saidthe concept has been adopted bythe world over and has significantly improverd government’services.

Public Enterprise & StateInvestment Minister Ben Micah was emotional aboutthe news, stating that at least TelikoPNG will now be able to be at par or beatthe services currently being provided by DigicePNG.