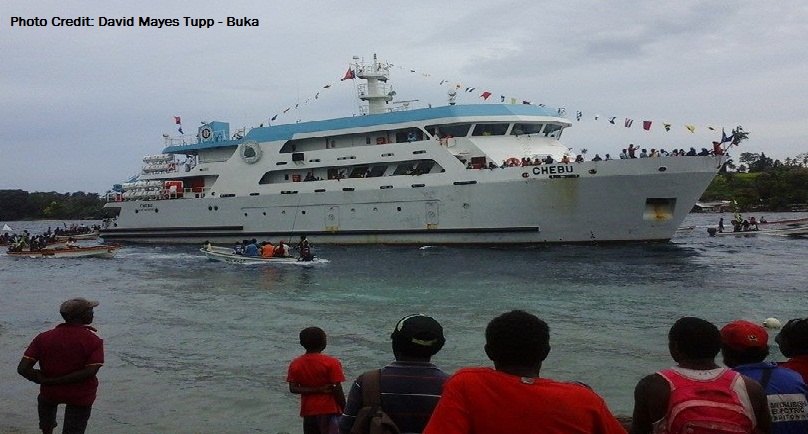 The MV Chebu embarked on its maiden voyage yesterday, with part of Bougainville’s contingent to the 6th BSP PNG Games in Lae, Morobe Province.

A total of 370 athletes are onboard the region’s new flagship and scheduled to berth in port on Friday 14 November.

The athletes will arrive to a rousing welcome by the Bougainville community in Lae.

The first group of Bougainville’s sports men and women, which comprised of 20 Para sports athletes and 12 helpers, flew into Lae on the national carrier Air Niugini on Wednesday; accompanied by team AROB’s advanced party of nine officials.

It is understood that the rest of the team’s officials will arrive in Lae today, tomorrow and Saturday.

The team’s official base at the games is the Saint Mary’s Catholic Primary School, located in the suburb of Eriku.

Team Autonomous Region of Bougainville will participate in 19 sporting codes and are looking at improving their placing against the rest of Papua New Guinea, in the games tally.

At the 5th PNG Games staged in Kokopo, East New Britain in 2012, the Bougainvilleans came fifth.

The team from the ‘land of the rising sun’ have entered the games with confidence in all their athletes and with support from the Autonomous Bougainville Government (ABG), Bougainvilleans and friends of Bougainville far and wide, team AROB are stronger than ever; and are looking forward to displaying their skills, athleticism, talent and sportsmanship in their respective codes at the PNG Games.