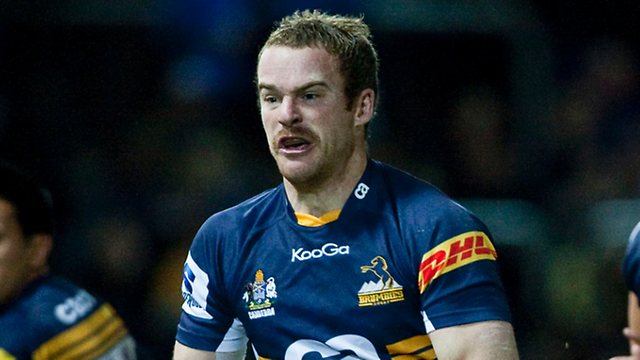 IF Wallabies coach Robbie Deans needed any reassurance about his intention to play Pat McCabe at inside centre this year, he would have received it in Canberra on Saturday night.

Deans converted McCabe from an outside back to play inside centre for the Wallabies last year and it was not coincidental that Australia won the Tri-Nations for the first time in a decade.

McCabe was also one of Australia’s best players at the World Cup in New Zealand last year, but the decision to move him to number 12 has been questioned by some critics, who have called for a ball-playing inside centre such as Berrick Barnes.

But McCabe’s outstanding performance in his head-to-head match-up with James O’Connor in the Brumbies’ 37-6 win against the Melbourne Rebels on Saturday night certainly validated Deans’ decision.

Deans likes McCabe at inside centre because he gets across the advantage line with his hard, straight running.