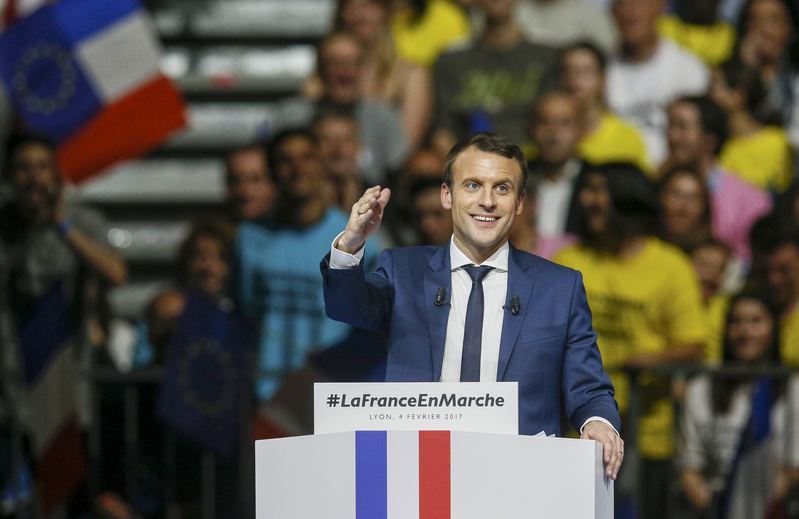 The former economy minister, one of the frontrunners in the upcoming presidential election, urged U.S.-based scientists working on climate change, renewable energy or health issues who were wary of the new political situation to seek refuge across the Atlantic.

“I want all those who today embody innovation and excellence in the United States to hear what we say: from now on, from next May, you will have a new homeland, France,” he said.

Rogue Twitter feeds voicing employee concerns at more than a dozen U.S. government agencies have been launched in defiance of what they say are Trump’s attempts to muzzle federal climate change research and other science.

Representing scientists at the Environmental Protection Agency, NASA and other bureaus, either directly or through friends and supporters, the accounts protest restrictions they view as censorship since Trump took office on Jan. 20.

Without naming Trump in his campaign speech in the southeastern city of Lyon, Macron, a former investment banker, said his “solemn call” was meant to all “researchers, academics and companies in the United States fighting obscurantism and who are afraid today”, to join the land of innovation he wants France to be.

Macron’s campaign for the Elysee palace has been given a fillip by a scandal over fake pay embroiling his main rival, conservative Francois Fillon, and the nomination of a hard-left candidate to represent the ruling Socialist party.

The 39-year old is now seen reaching the election’s crucial second round runoff in May and beating far-right leader Marine Le Pen by a comfortable margin, according to a number of opinion polls published this past week.

Macron also had a thinly veiled dig at Trump’s intention to build a wall along the Mexico border, comparing it to France’s Maginot Line, which in 1940 failed to keep Nazi invaders out of France.

“I don’t want to build a wall. I can assure you there’s no wall in my programme,” he told about 8,000 cheering supporters. “Can you remember the Maginot Line?”

Google, unlike Microsoft, must turn over foreign emails: U.S. judge