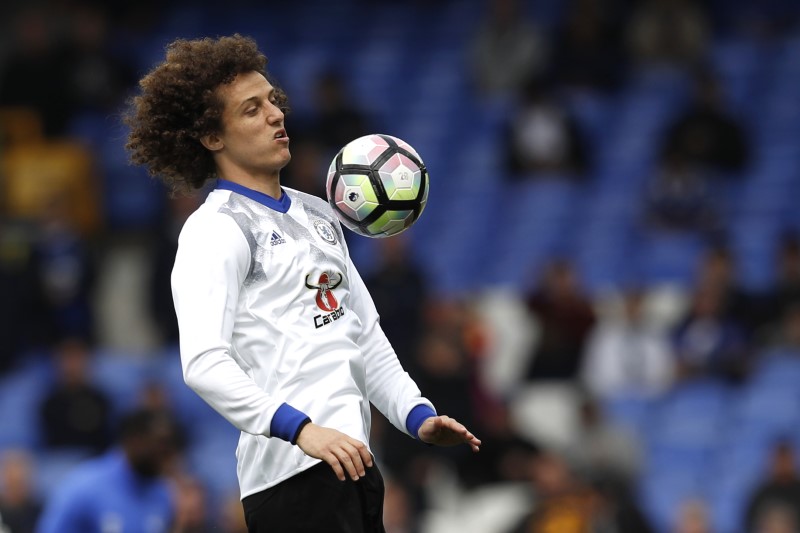 (Reuters) – Chelsea defender David Luiz says winning the Premier League has become an “obsession” as the leaders edge ever closer to lifting this season’s crown in his first campaign back at the club.

Luiz, who returned to Stamford Bridge from Paris St Germain at the start of the season, won the Champions League and Europa League during his first spell at the club but the league title eluded the mop-haired Brazilian during that period.

“I had already won several titles with Chelsea, played my part in a beautiful period in the club’s history and made so many friends,” Luiz told FourFourTwo magazine.

“I thought it was time to move on, so I had no regrets. But things change quickly in football,” he added of his departure in 2014.

“Winning the Premier League has always been an obsession of mine. We’ve worked hard to make this dream come true.”

Manager Antonio Conte is on course to bag a double in his first season at the club, having led Chelsea four points clear of second-placed Tottenham Hotspur and to an FA Cup final showdown against Arsenal on May 27.

Luiz said the positive results were a reflection of Conte’s meticulous preparation on the training ground this season.

“There isn’t a tiny detail he isn’t aware of,” the Brazilian added. “We all know that he trusts in our ability and one of his best qualities is that he treats everyone equally.”

Chelsea host 19th-placed Middlesbrough on Monday before visiting eighth-placed West Bromwich Albion on May 12, a game which could see them seal the title should results go their way.

(Reporting by Hardik Vyas in Bengaluru)