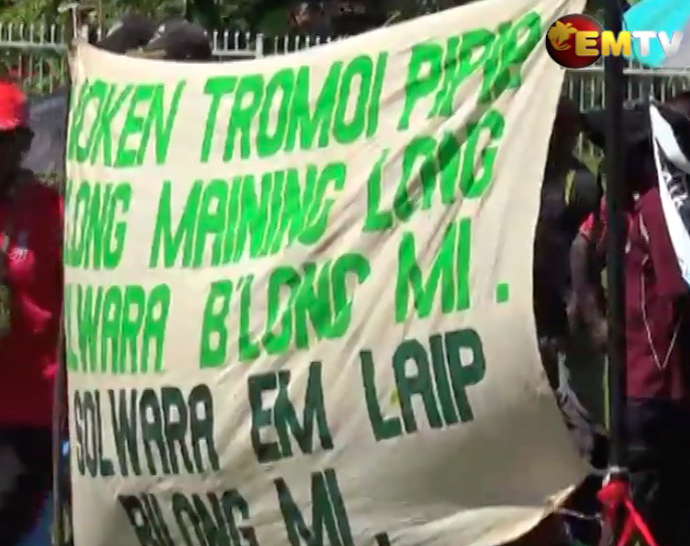 The development of the Wafi-Golpu Copper and Gold Mine in Morobe Province has been delayed again for the second time by the Provincial Government who took the State to court following the National Government’s decision on the deep sea tailing placement.

The three landowner groups of the Wafi Golpu mine in Morobe said the delay has affected the people of the mine impacted areas of Bulolo and Huon Gulf districts because the mine developers have ceased the health services in the area.

The landowners have called on Morobe Governor, Ginson Saonu and the local members  to work closely with the Associations to restore health services in the mine impacted areas and save lives.

The Presidents of Wafi-Golpu Mine landowner associations, Hengambu, Yanta from Morobe’s Bulolo District and Babuaf in the Huon Gulf District said their people are suffering from health and road problems due to the delay of the Mine development forum.

The Wafi-Golpu Copper and Gold Mine would see over K18 billion investment into the country’s economy. The mine would be constructed by Developers Harmony Gold Mining Limited and NewCrest Mining at a cost of over K17 million.

In 2018, the Morobe Provincial Government took the State to court challenging the legality of the signing of the memorandum of understanding between the Government and Newcrest Mining Limited and Harmony Gold.

In 2020, the construction phase of the mine project was set to begin after the national government granted it an environment permit in January this year.

However, early this year, Morobe Governor Ginson Saonu, took the matter to court for the second time following the national government’s decision on the deep sea tailings placement to proceed with the development of the Wafi-Golpu project.

Meanwhile, the Wafi-Golpu landowners commended the National Government for Wafi-Golpu Infrastructure Development Grant for an allocation of K100 million in the 2021 Budget.

Celebrating 100 Years of Yachting and Sailing in Port Moresby