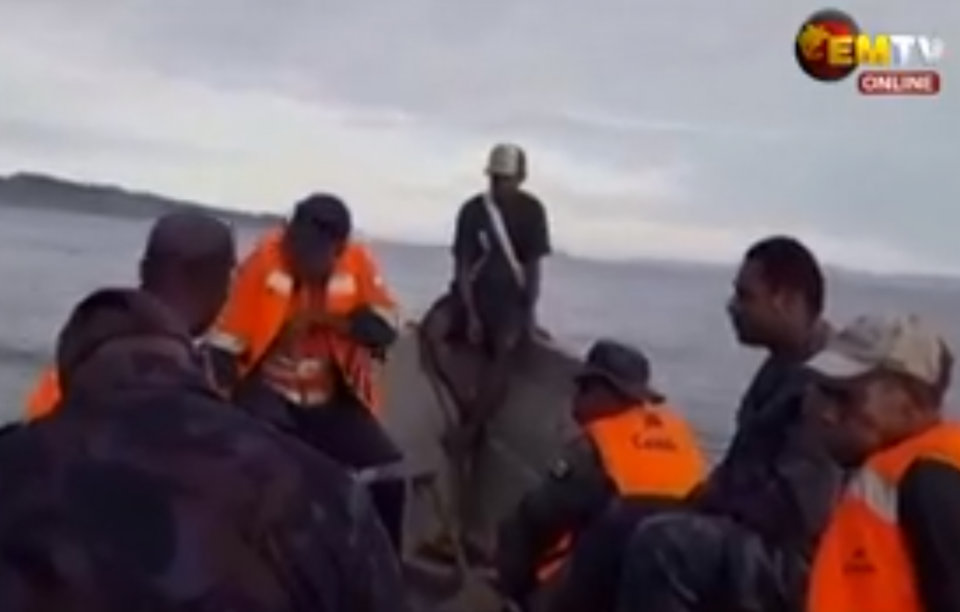 Lae’s Mobile squad 13 based at Ramu Nickle Refinery at Basamuk are conducting awareness, sea surveillance and monitoring of boats along Rai Coast area during the SOE period.

According to reports from local police boat owners and passengers are complying with basic safety measures that include washing of hands prior to boarding of boats.

This is the third-week members of the Lae mobile squad 13 based at Basamuk Refinery area are doing sea patrol along Rai Coast coastline.

Police make sure boats are checked to make sure there is a bucket of water in every boats to ensure handwashing practices are maintained.

However, social distancing remains a challenge for passengers due to limited space in the boat.

According to police reports there were no incidents reported.

Locals are now adhering to instructions and are appreciative of the police presence out at sea.

A sea checkpoint at Bibi point is still maintained and boats becoming more familiar with check-point are now checking in every morning and afternoon.

At least 83 local boats from the impact communities around Basamuk plant site have been traveling to and from Madang.

Police will maintain patrol during the SOE period.

Five Suspects in Police Custody over Allegations of Sexual Assault

Ruana in Court for Involvement in K1.2m Heist