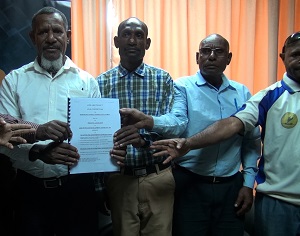 Landowners in the new Juha LNG project impact area have called on developer ExxonMobil and the national government to consider their content plan.

The landowners from the Petroleum Development License 9 area say the plan consists of high priority projects that the people prefer. Their call comes after seeing high impact projects in other PDL areas of the PNG LNG project being delayed or terminated.

The PDL 9 landowners from Hela and Western provinces see  the Juha content plan as the way forward in bringing the most essential and desired services to their area. They say after being part of the signatories in the LBSA and UBSA signing in Kokopo in 2009, much of the highly-talked projects in Tari and Komo have not started.

Meanwhile, ExxonMobil told EM TV they have not received the content plan but are happy to respond to the letter after returning from the 13th Mining and Petroleum Investment Conference in Sydney. ExxonMobil however stated that the Juha project is unlikely to commence before 2020.