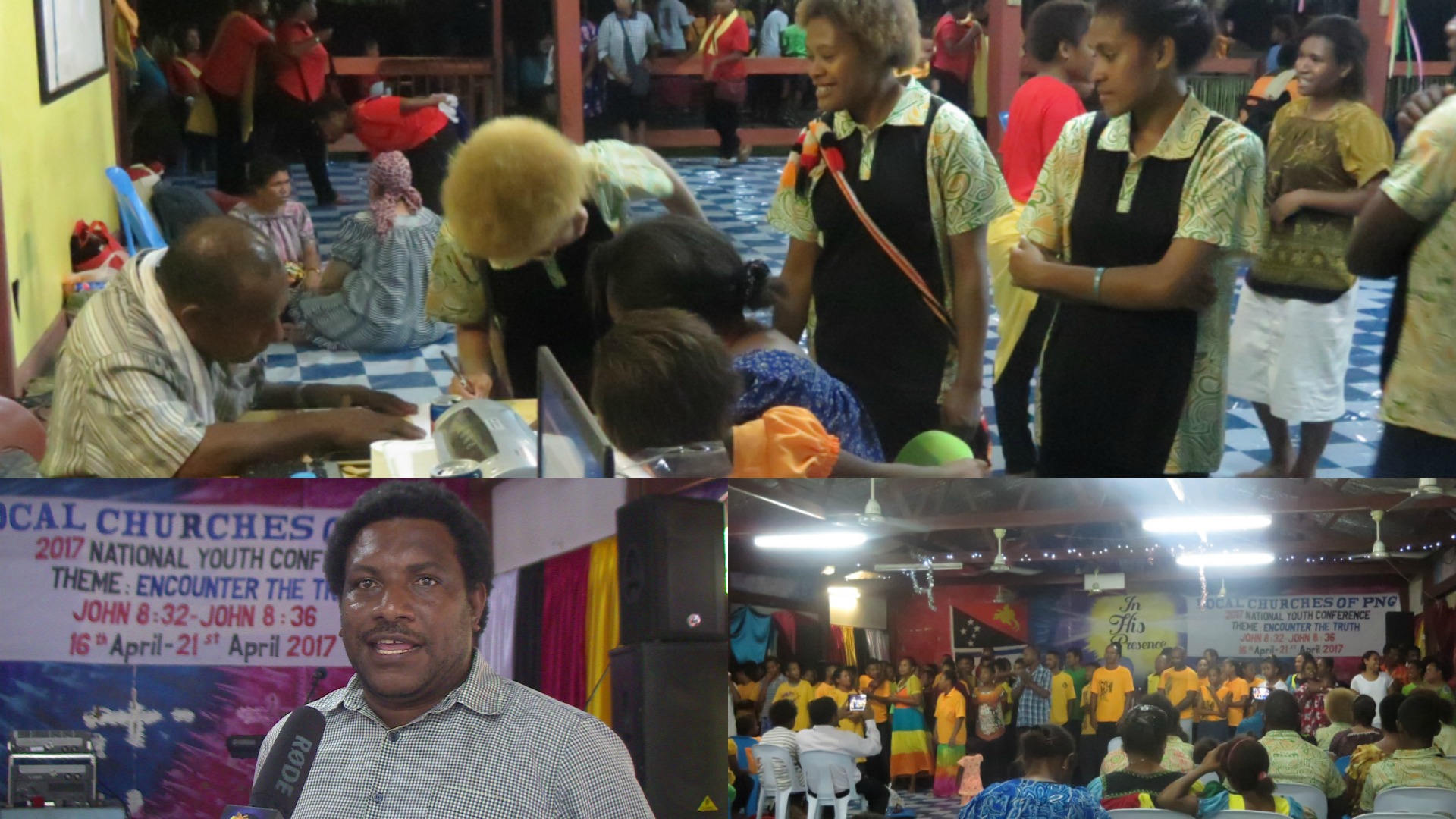 Hundreds of Youths from all over Papua New Guinea have flown into Port Moresby on the eve of the Easter period to attend a week-long conference held at Erima Christian Fellowship Centre.

As millions of people celebrate Easter everywhere in the nation and around the globe, the youths of the Independent Local Churches of Papua New Guinea (ILCPNG) came together to celebrate the death and resurrection of the Lord Jesus Christ.

The leaders hope this conference, themed ‘Encountering the Truth’, will change the lives of many of the youth that attend and prepare them to make an impact on their generation when they return to their own local churches in their communities.

Michael Robini, the leading organiser of the host churches of the Southern Region, told EMTV Online that they believe there are a lot of deceptions affecting the Body of Christ (Churches) and there is a need for the Truth to be presented.

“And the Truth is not a myth, nor is it a legend. It is Jesus Christ, the Living Word of God,” said Robini.

“We want to encourage and build our youths in the way of knowing the Truth because once they know the truth, they will be liberated in their hearts and minds and the life that they live will bless this nation.”

He invited youths around the Six Mile area to attend the conference to participate in this live changing event.

“We are expecting a lot of youths to come in. Some have already come, and some are yet to come.”

A youth parent, Mr Pidi from Gamoga Local Church in the Central province said his youths are very excited to attend the conference and believe his youths will not be going back the same.

Pidi also stated that certain level of attention needs to be given on the youths of PNG as these young people are the leaders of tomorrow.

“If we begin to prepare the youth, our tomorrow will be alright,” reiterated Pidi.

A young Pastor, Johnson of Ebron Local Church in East New Britain province, when referring to the theme, said the conference will allow the young people to really understand the God that they are worshiping.

“This conference will help us the NGI (New Guinea Islands Region) youths to be courageous in serving the Lord,” said Ps Johnson.

Most of the youths who have attended are students and the date of the conference was set to the school holidays to cater for those who are students.

The conference was officially opened on Sunday, April 16, by Chairman of ILCPNG, Pastor George Samuel, who challenged young Christian people to be like Timothy of the Bible.

“You must be like Timothy, so the community; the society can see the glory of the Lord upon you and say this is the young people that they need,” said Ps Samuel.

The ILCPNG National Youth Conference is an annual national event that started in 2016 in Lae Morobe Province at the City Well Local Church and is aimed at building young people in the Word of God to have a solid, Christ-centred life that can impact and influence other young people of their generation.

Put land to good use to better lives

Zika link to birth defects could be proven within weeks: WHO