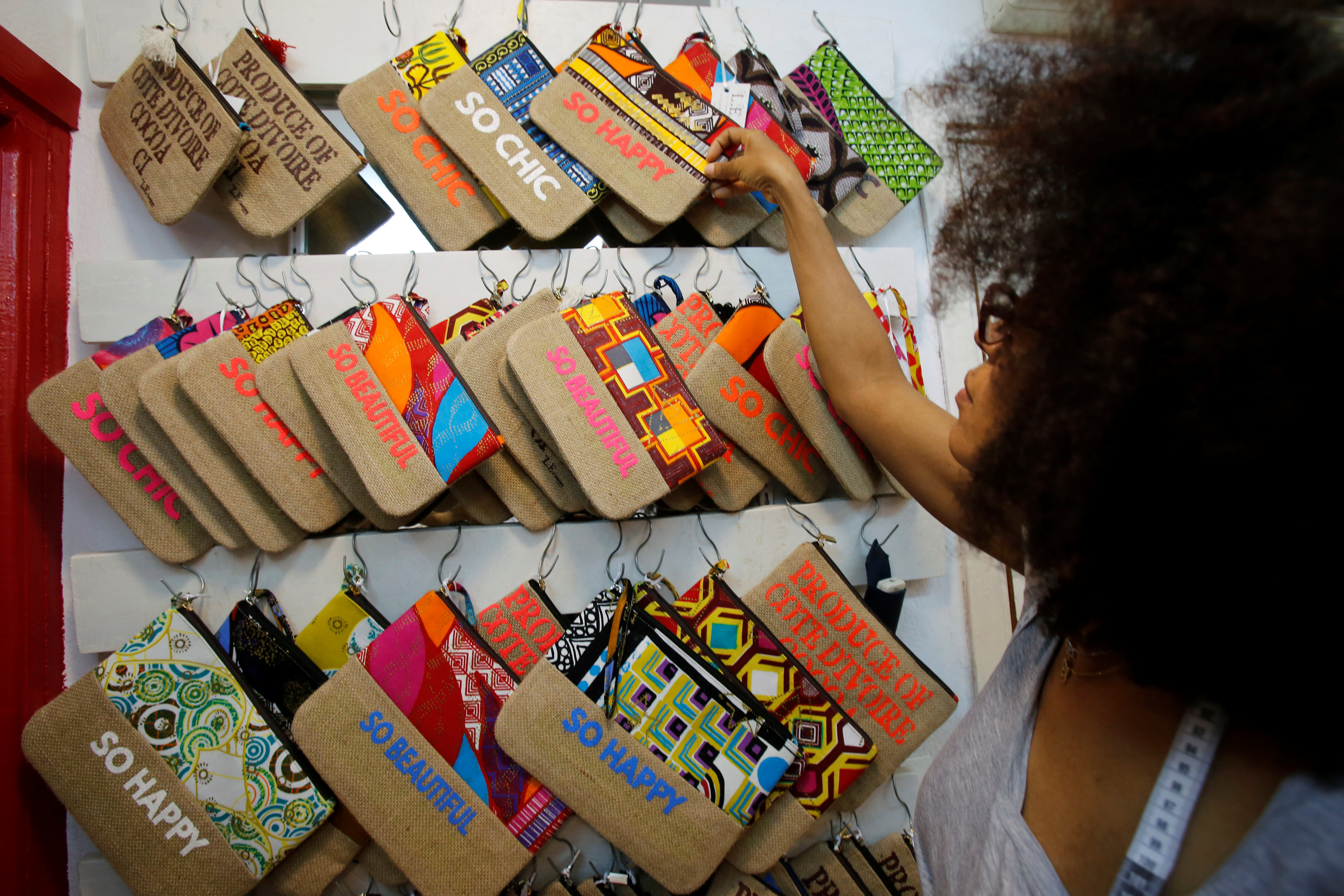 ABIDJAN (Reuters) – An entrepreneur from Ivory Coast is hoping to score an international fashion hit by recycling the cloth sacks that the country uses to ship cocoa beans around the world.

Liliane Estievenart, 45, hit on the idea of turning the sacks into attractive bags with the stenciled slogan “Produce of Cote d’Ivoire – Cocoa” – a reminder that the West African country is the world’s top producer of the commodity.

Estievenart created her first bag at the request of a clothing manufacturer, and has since gone on to design a range of purses, leather-trimmed valises and other accessories using jute, the material used in the cocoa bags.

In the nine months since she left her old job as a sales associate, she says she has sold at least 600 of the bags as far afield as Gabon, Mauritius, Togo and Ghana. She also has plans to expand.

“There is a high demand by Ivorians, our brothers in the diaspora”, she said. “I hope one day we distribute everywhere throughout the world.”