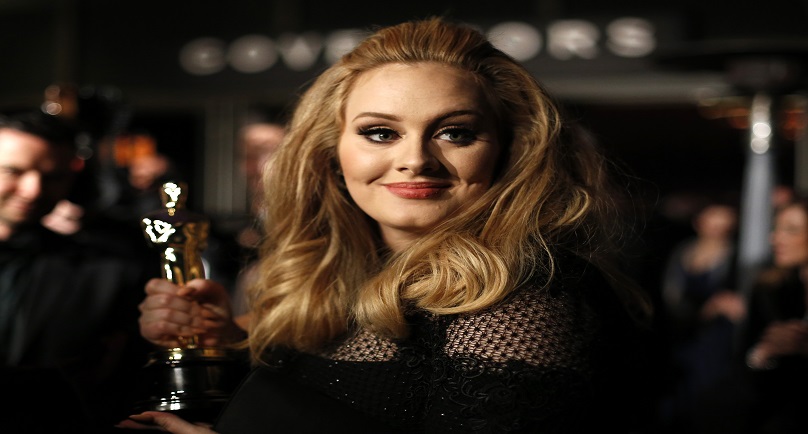 Image: Singer Adele, winner of the Oscar for best original song for “Skyfall,” is interviewed at the Governors Ball for the 85th Academy Awards in Hollywood, California February 24, 2013. REUTERS/Lucas Jackson/Files

NEW YORK (Reuters) – Tickets for Adele’s first concert tour of North America in five years sold out within minutes for venues on the U.S. East Coast on Thursday, leaving thousands of fans empty-handed and venting their frustration on social media.

Fans reported getting stuck for 45 minutes or more on ticketing websites, only to find that seats were sold out for major cities on the tour that starts in July in St. Paul, Minnesota and ends in Mexico City on Nov. 15.

Adele’s representatives said tickets for some shows were going on sale at 10 a.m. local time in the relevant cities, but otherwise declined to comment.

“Hello from the ticket line. I’ve clicked refresh a thousand times,” tweeted Maggie Sage Hunter, in a twist on the lyrics to Adele’s hit single “Hello.”

“3 days worth of Adele tickets sold out in 2 minutes and I am heartbroken,” wrote Sammi Steger.

“Just spent an hour trying to get #adeletickets in Boston and no luck…At least I can say that I tried,” tweeted Jen Taranto.

Tickets for many shows appeared within minutes on secondary market sites like Stubhub, with asking prices ranging from $9,999 each for seats closest to the stage at New York’s Madison Square

Garden to $300 each for those in the furthest reaches of the arena. Official prices ranged from $40 to $750 each for premium packages.

Adele’s “25” album is already the biggest selling album of 2015 in the United States, and has broken records dating back to 1991 when Nielsen Music first started tracking sales.

Tickets for the singer’s UK and European concert tour, starting in February, also sold out within minutes when they went on sale earlier this month.