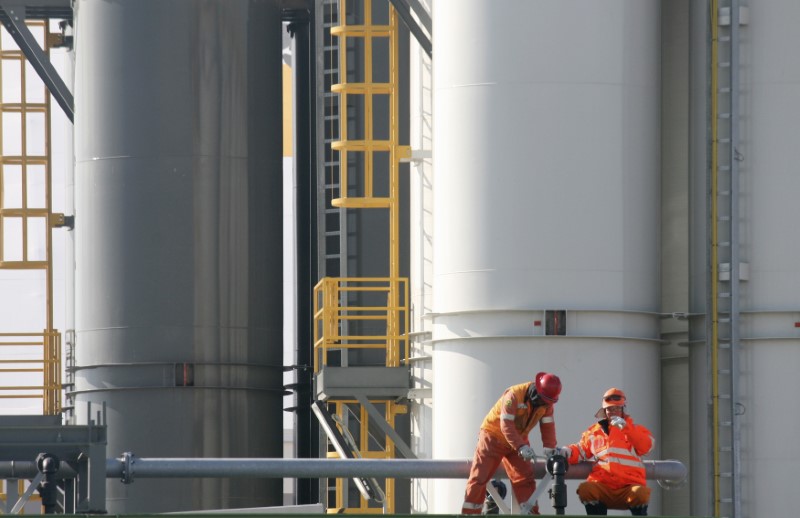 Image: Employees work at a drill rig at an offshore island in the northern Caspian Sea, part of the Kashagan oilfield, October 11, 2012. REUTERS/Robin Paxton

LONDON (Reuters) – Oil and gas discoveries around the world dropped last year to their lowest since the 1940s after companies sharply cut back in their search for new resources amid falling oil prices.

The decline in discoveries means companies such as Exxon Mobil and Royal Dutch Shell will struggle to offset the natural depletion of existing fields, reinforcing forecasts of a supply shortage by the end of the decade.

The numbers do not include North American shale resources which have been a key driver in supply growth in recent years.

As a result, companies were able on average to replace only 10 percent of their oil and liquid gas reserves last year, compared with a reserve replacement ratio of 30 percent in 2013.

“The lack of discovered volumes in 2016 will not have an immediate impact on the global oil supply in the short-term, given the lead time it takes from the discovery to start-up of a field’s production,” Mlada said.

“However, these ‘missing’ discovered volumes in the current years could have an impact on the global supply some 10 years down the line – depending on the investment decisions of the exploration companies.”

As a result, the number of exploration wells drilled dropped last year by 40 percent from levels seen in 2014 when oil prices began the sharp decline, according to Mlada.

Around 60 percent of resources discoveries made last year were gas, she added.