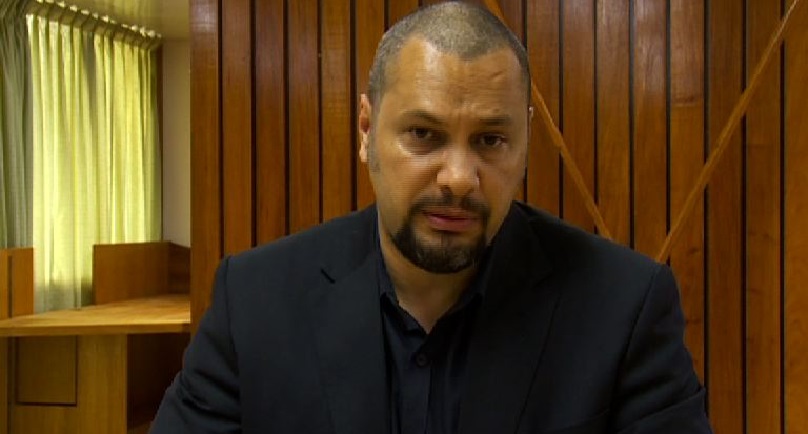 The turn of events which saw the pugnacious takeover of Oro’s Provincial Assembly, appointment of a new assembly clerk and vote of no confidence against Governor Gary Juffa, led by Ijivitari MP, David Arore and Sohe MP, Delilah Gore and seven LLG Presidents has been deemed illegal by Juffa who claims that ‘the mob’ are being supported by the very Asian logging entities who he had stopped from further carrying out their illegal logging operations in the province.

It is alleged that the Arore and Gore-led group of LLG Presidents, were accompanied by persons paid by a Chinese-Malaysian logger, who had been logging the Musa-Pongani area. All logging activities by this particular logging company had been halted by Juffa, in a bid to put an end to illegal logging operation in the Oro Province.

Sources have also revealed that Minister for Religion, Youth and Community Development and member for Sohe, Delilah Gore, had spent a substantial amount of money to cover the accommodation and allowances of the LLG presidents who travelled to Port Moresby with the intent to plan the staging of the ousting of Juffa, as was witnessed today in the provincial assembly building.

Extracts from Juffa’s “Papua New Guinea My Land My Country” dated 21 October, where he pens his thoughts on the matter, reveal information received through a said ‘informant’ who was able to provide Juffa with valuable ‘insider information’ for Juffa to make available to the public:

“Intelligence is the end product of analysed information/data. I have a system to collect and collate and present such intelligence to me so I can make informed decisions. […]

Our intelligence told us several things: that several weeks before the media stunt there were several meetings between certain Asian entities and the presidents and their open member. These Asians are heavily involved in the logging industry. […]

Our informant was in their very midst. He sighted them and heard them discussing their plans. They would stop at nothing to log our forests. The recent suspension by the Forest Minister after we had furnished his office an investigation report based on complaints of our landowners in the Yema Gaipa Timber Permit Area where illegal logging had been occurring at day and night was yet another catalyst. […]

Further intelligence deduced that the recent actions in the last month by the Land Enforcement to travel to Collingwood Bay and impound Logging Machines and give notice to foreign workers illegally there to vacate that property in 7 days has added to the desire by the logging fraternity to see me removed. Imagine what would happen if everyone rose up behind me and removed them? That is a frightening thought. They MUST stop this and nip it in the bud before it gets out of hand. The people cannot be allowed to rise up and stand for their own rights they say to each other in between bales of illicit logging cash they make from our forests. […]

All this only added to growing anxiety that the illicit revenue stream of the pirates and their minions would come to an end. […]

Now add to this the recent Provincial Government reforms undertaken that have since seen the establishing of stringent controls to ensure transparent expenditure of public funds by all custodians including me. […]

This has suddenly exposed the Two Open Members [sic] who have been using their Joint District Planning and Budget Prioritization [sic] Committees as procurement authorities…which is illegal…the laws do not allow that…the JDPBPC is merely a committee to prioritize the disbursement of DSIP funds.

The process must come through the Administration for vetting, analysing, review and monitoring. I am pleased to see that we have changed the public service mindset in Oro and they are now well on track to deliver. I have asked that the Open Members MUST put their DSIP through this legitimate process as I am doing. […]

Meanwhile stringent efforts to tackle corruption continue. The great job undertaken by PPC Victor ISUOVE to analyse Auditor General Reports for the last so many years and act upon recommendations is well underway. […]

PPC Jacob SINGURA has continued with this effort and so far, 11 public servants have been criminally charged. Others are yet to follow. The Ijivitari District Treasury closed by angry landowners for two weeks has had no less then 3/4 of their staff charged. Most recently as of last month a Treasury Officer in the Provincial Government Treasury was charged for stealing K400,000 with her husband. More are yet to follow.”

It is understood that Governor Juffa has laid a formal police complaint against Ijivitari MP – now claimed Governor – through the vote of no confidence, David Arore. The nature of the complaint is for Arore’s alleged ‘breaking and entering’ of the Governor’s office.