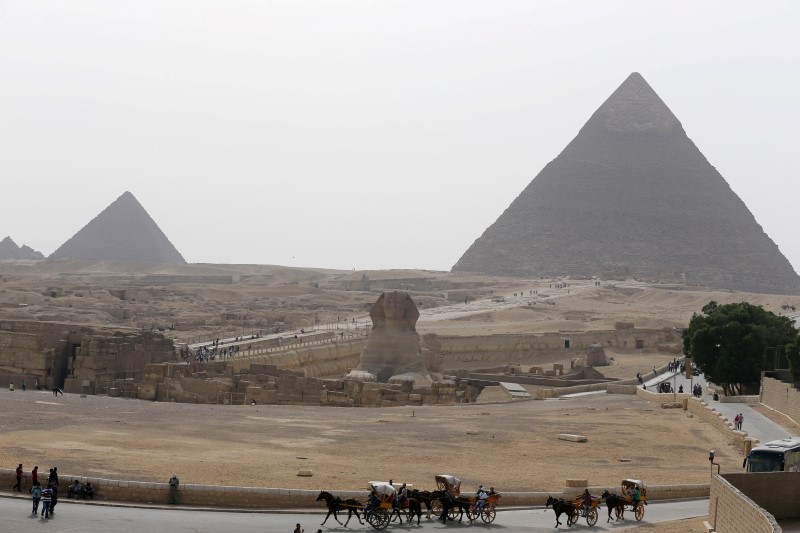 Image: The Sphinx and the Great Pyramids of Giza are pictured on the outskirts of Cairo, Egypt, April 10, 2016. REUTERS/Mohamed Abd El Ghany

French scientists equipped with a special telescope have joined the Scan the Pyramids project that was launched last year to discover the secrets of Egypt’s ancient structures.

The telescope was developed by the French Alternative Energies and Atomic Energy Commission (CEA) and uses muon particles, which are similar to cosmic rays. The scientists hope it will help them verify and visualize hidden chambers and unknown structures in the pyramid.

“We’re trying to discover the Pyramids of Giza and other pyramids as well, and whether or not there lies anything behind them, or any secrets we do not know about,” said Yasser Elshayeb, an assistant to the project manager.

The scientists will concentrate first on known areas of the pyramid before they begin to sweep unexplored sections for any hidden chambers. They are expected to present their results by the beginning of July.

Why Do Victims Keep Staying?