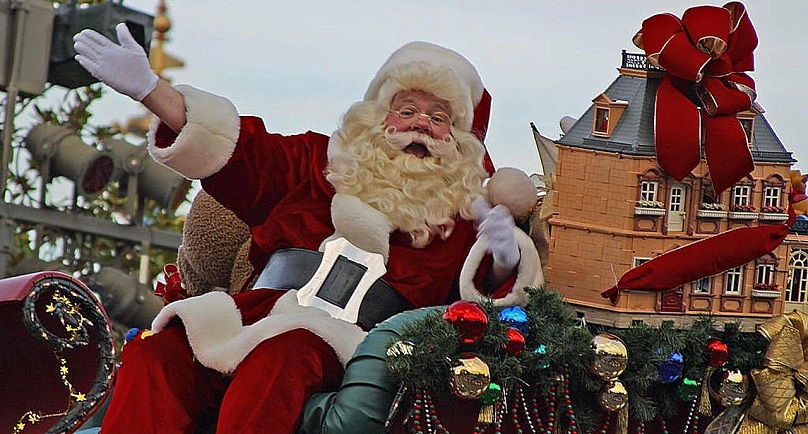 DENVER (Reuters) – The U.S. Department of Agriculture has granted a first-of-its kind Christmas Eve waiver for a herd of reindeer to enter the United States, bypassing the agency’s usually stringent requirements on the importation of livestock.

The agency said in a statement issued on Thursday it was allowing “S. Claus of the North Pole, broker of Worldwide Gifts,” to skip routine disease-transmission screening for live animals entering the United States, noting that a recent inspection had deemed his hooved team a “negligible risk.”

“During this season of giving, we agreed to waive the normal application fees and entry inspection/overtime costs,” said Dr. John Clifford, the USDA’s Chief Veterinary Officer. “USDA wants to do everything in its power to help Santa.”

The edict was one of several by federal agencies they say are designed to ease the movement of Santa Claus as he makes his global trek to deliver presents to good boys and girls.

U.S. Transportation Secretary Anthony Foxx announced that he had approved an application by “Mr. Kris Kringle for special air transportation operating authority” to allow a reindeer-powered sleigh to traverse U.S. airspace after it was equipped with supplemental safety and navigation gear.

“The Federal Aviation Administration has inspected the unusual vehicle and certified its airworthiness,” Foxx said.

The holiday practice originated in 1955, when a Colorado Springs newspaper misprinted the phone number of a local department store for kids to call in and speak to Santa, instead listing the number for what was then called the Continental Air Defense Command.

An officer there took calls from several children and assured them Santa was on schedule, beginning a tradition that now employs modern technology, including a smart-phone app and social media.

In addition to providing real-time satellite tracking of Santa on its website at www.noradsanta.org, NORAD has a call line for children to talk to a live operator to get the latest news on Santa’s whereabouts.

“Santa  has to slow down for them because he travels at the speed of starlight,” Kucharek said, adding that his exact flight plan is classified.