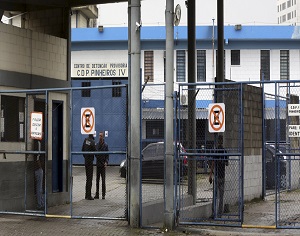 SAO PAULO (Reuters) – A senior Facebook Inc executive was released after nearly 24 hours in a Brazilian jail due to a disputed court order demanding data from the company’s WhatsApp messaging service for a confidential drug-trafficking investigation.

Law enforcement officials withheld further information about the nature of their request to the messaging service acquired by Facebook in 2014, saying it could compromise an ongoing criminal investigation.

“Diego’s detention was an extreme, disproportionate measure, and we are pleased to see the court in Sergipe issue an injunction ordering his release,” a Facebook spokesperson said in an emailed statement.

The arrest came as technology companies face mounting pressure from governments around the world to help them eavesdrop on users. Apple Inc

Court officials said the judge in Brazil resorted to the arrest after issuing a fine of 1 million reais ($250,000) to compel Facebook to help investigators get access to WhatsApp messages relevant to the confidential drug-trafficking investigation.

The move is likely impossible because WhatsApp began using end-to-end encryption technology in 2014 that prevents the company from monitoring messages that travel across its network, according to Christopher Soghoian, principal technologist with the American Civil Liberties Union.